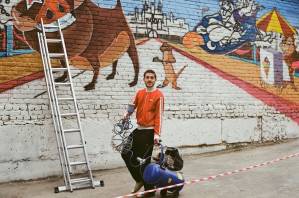 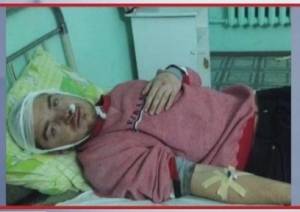 23-year-old Mykola Lazarevsky is an architectural student and an artist.  His fiancée, Yana Stepanova had to work that afternoon so he went to the demonstration alone, agreeing that they’d meet after 16.00.  She phoned when she heard that there was trouble on Bankova St.  He said that he was there, but then that they had left because such serious disturbances had begun. The last time she spoke with him was around 16.35, after that he didn’t answer the phone.

His mother and brother began ringing all the hospitals, police stations but with no success.  At 22.00 Mykola finally rang to say he was in hospital.  When she and his family arrived, they weren’t allowed in. The doctor did however tell them that Mykola had concussion and possibly rib fractures.

None of this prevented the court on Dec 3 from remanding Lazarevsky in custody for two months.

Please note Amnesty International’s assessment of the court hearings in all 9 cases: “ Judges approving their detention did not question the fact that statements presented by the police as evidence against the nine individuals were virtually identical and factually inaccurate. They also failed to uphold the legal requirement that the prosecution must prove that alternative measures such as bail or house arrest are not possible.”