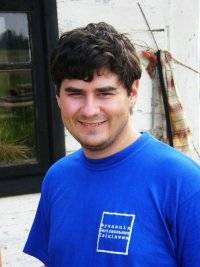 An officer from the Zhytomyr Department of the Security Service [SBU] on 12 July contacted a member of the Foundation for Regional Initiatives. He asked for a meeting to discuss participation by members of the FRI in protests against the draft laws On Higher Education. The FRI activist, Vitaly Kichkiruk has also taken part in student protests against arbitrary rule and torture by police, as well as other civic campaigns. Vitaly is also a member of the Public Council attached to the Zhytomyr Regional Administration.

Vitaly says that the man phoned and introduced himself, then began insisting that they meet in one of Zhytomyr’s public places. At first, because of the man’s insistence, he agreed, then however said that he was not obliged to cooperate with the SBU and said that he did not wish to arrange a meeting without the proper formalities, including a formal summons.

After this the head of the FRI contacted the SBU representative. Following a short conversation, the SBU officer promised to not make any more such demands from activists.

So why did the SBU become interested?  The FRI has been involved in analyzing and, where necessary, organizing protests over draft laws On Higher Education since 2008.  It states that it was thanks to these protests that the latest versions of the law, № 7486-1, 5087 and 5087-1 were withdrawn in 2011.

The civic activists and human rights groups see such behaviour by the SBU as being aimed at putting pressure on members of civic society who take an active stand in defending their rights and the public interest.

The activists plan in the next few days to send complaints to the SBU, the Prosecutor General and the President, the latter bearing direct responsibility for the actions of the country’s enforcement bodies. If they do not receive an adequate response, they propose to send information about cases of pressure to international structures and foreign embassies in Ukraine.