Ex-ua on why it blocked spoof on Yanukovych 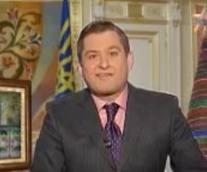 The file exchange resource Ex.ua blocked a clip from TV Channel TVi showing a spoof on Viktor Yanukovych’s New Year greetings because it did not want, it says, to fuel political discord. .

Spokesperson for Ex.ua, Yuris Piskovy told the website AIN.ua that the clip’s public access had been restricted at their own initiative. “Such clips arouse a mixed reaction from our users. Discussion spills into intense polemic and thousands of comments. However we consider it unacceptable to exacerbate political disagreements. We don’t want to turn an entertainment resource into a platform for campaigning, propaganda and political discussions.

“We follow such principles not only with regard to politics, but also regarding religion, and also material banned by the Public Morality Commission”.

“It’s interest, the main very talented and high-quality pirate resource in Ukraine has spoken of values. Since if you are involved in pirating, you can’t have conflict with the authorities. That’s how our system works: a criminal won’t pull another criminal’s eye out”.

The most popular information storing service in Ukraine planned the placement of the video clip for public access, changing its status to private access. They cite 2.3.6 of the General Rules on Posting Information which bans the posting of items which contain any direct or indirect expressions insulting the State and its sovereignty, the government and state symbols.