Statement of NGOs from different countries regarding the possible election of a Russian representative as a President of InterpolDefiant cries of ‘Glory to Ukraine!’ as Russia sentences Panov to 8 years for exposing ‘Crimean saboteur’ scamRussia has more than torture to hide in FSB’s ‘Ukrainian Crimea Saboteur Plot’A brief description of KHPG strategic litigations for 2014Fears on the eve of Chornobyl anniversary: is nuclear power in Ukraine safe?“Our brothers are dying in the East”, yet environmental protection efforts must continueLustration law to face Constitutional Court scrutinyA Lustration Law for the Record – and the Elections19. Environmental rights19. Екологічні праваA brief description of KHPG strategic litigations for 2013Information channels at warCan a government systematically violating basic constitutional values with impunity be considered legitimate?21. ENVIRONMENTAL RIGHTSOne Ukrainian “Election” with hot contendersKharkiv Chornobyl clean-up workers begin indefinite protestHuman rights in Ukraine 2011. XIX. ENVIRONMENTAL RIGHTSHuman rights in Ukraine 2011. CIVIL ASSESSMENT OF GOVERNMENT POLICY IN THE AREA OF HUMAN RIGHTSStephen Pifer calls on US to avoid high-level meetings with Ukraine’s leadersHuman Rights in Ukraine – 2011: More and More Violations
• Topics / Environmental rights 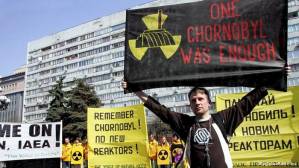 In the spring construction will begin in Kharkiv of a nuclear installation.  The public receive assurances that the plan is absolutely safe.  Yet why then were environmentalists not allowed into the public hearings?

The nuclear reactor which in the scientific documentation is called a “research nuclear installation” is supposed to appear in Kharkiv in accordance with an agreement between the US and Ukrainian Presidents. Two years ago the USA agreed to remove from Ukraine highly enriched uranium, giving it instead low-enriched uranium and almost 50 million USD for the construction in Kharkiv of a research reactor at the Kharkiv Physical-Technical Institute. The Deputy Director of the latter, Ivan Karnaukhov says that the construction will probably begin in the Spring and stresses the importance of the project.  He says that they will provide the entire country with medical radioisotopes for diagnosis and treatment, and “develop the safest methods for patients of treating oncologic diseases. A number of environmental and civic organizations protested last year against the construction.  This was however approved at public hearings to which the environmentalists were not admitted.

Anatoly Kopeliovych considers that the hearings were falsified and wrote an open letter at the time to the Academy of Sciences over this. He explains that he is all for the development of Ukraine’s nuclear physics, however as a specialist in the area he has many questions for his colleagues, for example, regarding radioactive contamination and how they plan to eliminate it.  Ivan Karnaukhov says that there will be radiation, but “lower even than existing norms”.  He says that they have all the relevant documents but will not make them public since that would provide a guidebook for terrorists.

Yulia Yudina, Project Coordinator for Environmental Initiatives calls on the scientists to at least think about the residents of the micro-district where the installation is to be built. She stresses that according to the law on nuclear safety, people need to constantly receive reports about the effect on the environment and receive appropriate compensation.