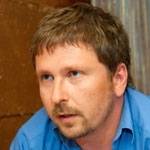 Kyiv journalist Anatoly Shariy has asked for political asylum in Lithuania, and asserts that he is facing persecution by law enforcement bodies in Ukraine in connection with his journalist work.

Mr Shariy told Ukrainska Pravda that he had asked for asylum in the Netherlands, however was told to ask in Lithuania since he had a visa in his passport for Lithuania (this being in connection with the Dublin Agreement).

He says that he is facing two criminal prosecutions in Ukraine. One involves an incident in McDonalds when, according to him, a man attacked his wife and he shot at him from a gun with rubber bullets.  The police are charging him under the article on hooliganism (linked with the use of a firearm). Mr Shariy asserts that at the time the police considered that there was no need to initiate a criminal investigation. The decision to do so, he says, came a month later from the Deputy Minister of Internal Affairs. The second criminal case dates from October 2011.  He is charged with having deliberately given a false report about a crime and manufactured evidence. The police are accusing him of fabricating an attack upon himself on 13 July.

Anatoly Shariy asserts that the criminal prosecutions are because he has published material critical of the police.

A Lithuanian representative told Radio Svoboda that the asylum procedure in Lithuania can take up to 3 months.