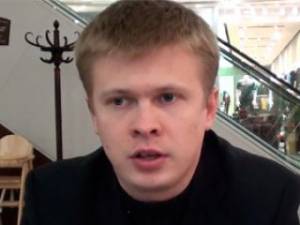 At about 11.00 on 24 March one of the owners of the website Dorozhny Kontrol [Road Control] website  (http://roadcontrol.org.ua/)) which monitors the work of the traffic police and breaches of drivers’ rights, Rostyslav Shaposhnykov was set upon while getting into his car, forced into a jeep by two men, driven outside Kyiv and beaten up.

The police were informed by a doctor from the Emergency Medical Care Hospital after Rostyslav Shaposhnykov was found lying on the road by cyclists who called an ambulance. Mr Shaposhnykov told the police that his assailants had also taken some of his personal belongings.

During the weekend, the head of the Dorozhny Kontrol website denied reports that a member of the team had been assaulted. Yehor Vorobyov on Monday confirmed that the attack had taken place and explained that he had denied it in the interests of the criminal investigation.  He said that Rostyslav Shaposhnykov was in a stable condition, but could not talk with people. He has numerous injuries and possible concussion.

Rostyslav’s colleagues are convinced that the attack was connected with his professional activities.