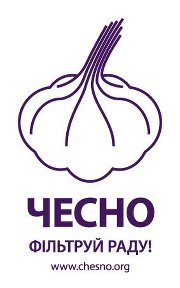 The Office of the Verkhovna Rada is flouting the Law on Access to Public Information and refusing to provide the civic movement CHESNO with MPs’ income declarations.

Activists from the movement have asked the head of the Department for Ensuring Access to Public Information of the President’s Administration, Denis Ivanescu to help them receive the declarations.

CHESNO says that the Office of the Verkhovna Rada is hiding behind the Personal Data Protection Act by claiming that the information on the declarations is “confidential”. “In conditions where the mechanism of legal regulation is incomplete”, it says, it is refusing to provide the information.

CHESNO states that this is the latest example of flagrant violations by the Office of the Public Information Act and a demonstration of reluctance to engage in dialogue with the public.

They want to ascertain whether deputies and candidates for such posts comply with 6 core democratic values:

In fact, it is clear from legislation on information that the failure to provide full information in this case was unlawful.  Legal consultation and representation in that case is being provided by the Media Law Institute.