Judges on a lead: classified income declarations in exchange for loyalty 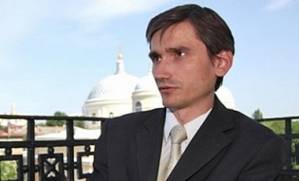 Corrupt judges can rest easy, their income declarations will not be seen by anybody except the heads of the courts.

The Verkhovna Rada has cancelled the requirement that the income declarations of judges and members of their families be published on the Internet. The relevant amendments to the Law on the Justice System and Status of Judges were made through a law which went almost unnoticed “On Amendments to the Tax Code of Ukraine and some other laws on regulating tax declaration” dated 24 April 2012. Previously copies of judges’ tax declarations needed to be posted on the official website Судебная власть Украины. This progressive norm was never in fact implemented, neither in 2011, nor now. However now the declarations will only need to be presented to the court where they work.

According to the Law on the Principles for Preventing and Countering Corruption, only judges of the Constitutional Court; Supreme Court and high specialized courts need to make their declarations public in the official print publications of those courts. The declarations need to be submitted by 1 April each year, and published within 30 days of that.  Yet despite such clear requirements, not one declaration has yet been published.

The publishing of judges’ declarations could have become of the few achievements of the judicial changes of 2010.

Another draft law which will negate some other achievements of the judicial changes is awaiting parliamentary examination. The draft bill (№ 9740).on amendments to the Law on the Justice System and Status of Judges was drawn up by Serhiy Kivalov and Dmytro Shtenov, both of whom were active in formulating the original law.

The draft law envisages returning heads of courts their supervisory powers with relation to the court’s judges and giving them the right to specify judges’ specialization. This will make it possible to legally bypass the automated system for distributing court cases,   At present judges’ specialization is determined by a meeting of judges of the relevant court.

The heads of courts were deprived of these powers as part of the judicial reforms in order to reduce judges’ dependence. However since the heads of a number of courts were replaced t over the last two years (the Law on the Judicial System was signed by President Yanukovych at the end of July 2010 – translator) by more loyal candidates, the authorities have decided to reinstate the court heads’ levers of influence. Clearly in order that judges become more controllable.

Draft Law 9740 will also allow judges to receive varying remuneration, while at present there are restrictions linked with the fact that remuneration has very often been a veiled form of bribing judges.

There is another problem. The practice of the High Qualification Commission of Judges has discredited the new system for selection of judges on the basis of anonymous testing. The lack of transparency of the process of checking works, as well as the transfer of only just appointed judges who did not have a high result in the tests from provincial courts to Kyiv does not inspire confidence in the results of such selection.

The insignificant achievements of those judicial reforms have thus been virtually lost while the covert aim of those reforms, that being to establish control over judges, has been achieved.

Roman Kuybida, Deputy Director of the Centre for Political and Legal Reform