SBU puts pressure on activists speaking out against controversial higher education lawSBU continues its “talks” with civic activistsSBU says questioning of civic activists was lawfulSBU once again sniffing around a civic organizationThe Security Service has no interest in democracy ...SBU and democratic valuesSBU checks cooperation between International Renaissance Foundation and civic organizationEfforts likely to discredit civic activists and journalistsFake letters from “concerned citizens” as grounds for tax and other checksA brief description of the KHPG strategic litigations in July–December 2020The practice of application of Article 111 of the Criminal Code of UkraineCriminal proceedings under Article 111 of CC of Ukraine against the journalistsOutrage as Ukraine’s government closes administrative border with occupied CrimeaA brief description of the KHPG strategic litigations in January – June 2020Over 100 Crimeans prosecuted for rejecting military service in Russian occupiers’ armyCriminal probe against Poroshenko regarding Biden tape discredits Zelensky and UkraineA brief description of KHPG strategic litigations in July–December 2019Accountability for international crimes committed in Ukraine between 2014–2018Cathedral plundered as Russia pushes to crush the Ukrainian Orthodox Church in CrimeaUkraine’s parliament moves to abolish moratorium on sale of agricultural land
• Topics / Civic society

NGOs told to “explain themselves” – harassment or idiocy? 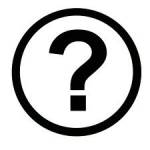 The letter states that the Justice Ministry has passed on a number of complaints, listing the names of the people who sent them and the dates of the letters.  The State Registration Service writes that the letters relate to the activities of the above-listed civic organizations – “the Organizations”.

“The letters speak of protest against the activities of the Organizations which in planned and systematic fashion undermine the institution of the family in Ukraine, propagate anti-Ukrainian anti-moral and anti-constitutional ideas. The letter also stresses that the Organizations are propagandizing perverted lifestyles, gender, homosexuality, set children against their parents and teachers and destroy age-old moral and traditional values.

On the basis of Article 25 of the Law on Citizens’ Associations, the Organizations must provide before 10.06.2012 the State Registration Service with an explanation regarding the issues raised in the complaints.”

The letter is signed by the Deputy Head, I. Kukharenko

The authors of some of the “complaints” are known to people in at least one of the NGOs, however the main issue lies elsewhere in the response from the State Registration Service.  What the “explanation” can be to such accusations is difficult to imagine, but it is still more difficult to understand how and on what grounds this State body is asking for such information.

Not to mention, why.