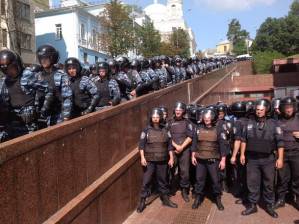 They note with regret that their voice was not heeded and that on 3 July 2012 the contentious language bill was announced as having been passed by the Verkhovna Rada.

It is a profound mistake, they say, to see this event as a victory. It is rather a pyrrhic victory, “a victory” against civic consent and the fundamental principles of parliamentarianism.

They urge the President to use his power of veto and return the Law on the Principles of State Language Policy (No. 9073) to the Verkhovna Rada for real and full consideration and a balanced decision.