The Criminal Prosecution of Lutsenko and Investigative Operations 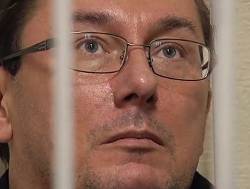 Investigative operations should be under strict control since without such contract in any country they swiftly turn into widespread and arbitrary secret surveillance of all individuals and institutions inconvenient to those in power. This particularly applies to investigative operations which infringe the right to privacy – interception of information from communication channels and illicit searches. In considering applications regarding infringements of Article 8 of the European Convention which defends among other things privacy of communications, the European Court of Human Rights has therefore passed a number of judgements.

ECHR requirements regarding interception of communications

In ECHR judgements under Article 8 regarding interception of messages (the cases of Klass v. Germany; Malone v. the United Kingdom; Huvig v. France; Kruslin v. France and others) demands are made of laws according to which interception is carried out so that these do not violate Article 8.  A law must be accessible (in order to be able to check that the interception complies with legislative norms used in a particular case); foreseeable (a person must be able to predict the consequences of his or her possible actions) and satisfy the necessary criteria of clarity.  This means, for example, that the law must:

provide a list of crimes which can lead to interception of messages;

confine itself to cases where factual graounds for suspecting a person of a serious grounds have been identified by other means;

sanction interception only on the basis of a motivated written application from a high-ranking official;

permit interception of messages only after receiving permission from an official or body which is not within the executive branch of power, preferably a court;

establish restrictions on the timescale of such interception, with the period during which the interception order lasts being stipulated;

stipulate rules for reports which contain material from intercepted messages;

envisage preventive measures against this material being shared between different state bodies;

stipulate the circumstances in which recordings can or must be destroyed;

establish what must be done with copies or retranscribed material if the person charged is acquitted;

Interception of messages must also be carried out as necessary in a democratic society;

Finally, any person in a country where there is a law in force about such interception of messages may demand that s/he be recognized as a victim without any obligation to provide evidence or even on the basis of a verbal assertion that surveillance really was carried out.

Ukraine is a serious offender

The ECHR will not recognize interception of information from channels of communication under the law on investigative operations as interference necessary in a democratic society since the list of crimes for which it is possible – grave and especially grave crimes – is excessively broad. As the court stated in the case of Klass v. Germany, the right to secret surveillance of citizens is characteristic of police states, while in democratic societys, in accordance with the Convention, such surveillance may be tolerated only in the case of extreme necessity in order to preserve democratic institutions. Furthermore, at the stage of investigative operations it is quite often difficult to determine whether one is dealing with a grave or particularly grave crime. Thus it would be necessary to give a clear list of crimes where if they have been committed or are being planned it is permissible to use interception of information from communication channels.

The ECHR will obviously find legislative inaccessible because the procedure for gaining permission for interception of information from communication channels is regulated by closed departmental instructions. This procedure should be clearly described in the law on investigative operations and criminal procedure laws. The law on investigative operations is clearly inadequate to be able to satisfy the criteria for legal quality since it does not contain sufficiently effective guarantees against abuse. It firstly lacks clear instructions regarding the duration of secret surveillance or extension of a permist. Secondly, there is almost nothing said about passing on, using and storing the material gathered, about making summary reports. Thirdly, there is clearly inadequate supervision over adherence to the law.

What is particularly staggering is the lack of a maximum period during which a permit is valid and for a court review of a warrant. Laws in other countries clearly stipulate the maximum timeframe for intercepting information from communication channels which a court may permit: in the France this is 4 months; in Germany – 3 months; Finland and Sweden – 1 month; Hungary – 1.5 months; Russia – 6 months, and so forth. Only in Ukraine is no maximum period for secret investigative operations stipulated at all. There are only general norms in Article 9.1 of the Law which state that an investigative operation is carried out with respect to people with respect to whom there is information suggesting their participation in preparing or carrying out a crime for up to 6 months, which can if necessary be extended first to 12 months, then to 18 months.  It is difficult to understand the legislators who have not regulated the procedure for issuing and extending orders for the use of investigative operations which in exceptional cases restrict constitutional rights.  Especially given that the Law on Investigative Operations has been changed 24 times since 1992.

This is a very large number – in European countries hundreds of permits get issued in a year. Only France and the Netherland issue more than a thousand per year., while in such countries as the USA where the level of crime is considerably higher than in Ukraine, the number of permits ranges around 1000 to 1300 per year.

If there were a proper law on investigative operations the case against Lutsenko could not have arisen!

The court examination of the prosecution of former Interior Minister Yury Lutsenko and former employees of the Criminal Investigation Department Volodymyr Tarasenko and Oleh Pavlyenov has uncovered many nuances of legislation and practice regarding investigative operations.  They are accused of having sanctioned and carried out unlawful surveillance of one of the people under investigation in the case of the poisoning of Viktor Yushchenko – Valentin Davydenko, driver of the former Deputy Head of the SBU [Security Service] Volodymyr Satsyuk. According to the Prosecutor this was unlawful since the investigative operation had already been terminated, and it was then belatedly extended from 12 to 18 months, and this violated Davydenko’s rights. It is claimed that the accused infringed the Constitution, the laws on the police and on investigative operations.

The court trial has vividly demonstrated that in our country absurdity is reality, and reality – absurd. If the legislation on investigative operations complied with the demands set out above of the European Court of Human Rights, this case would simply be impossible!

On 20 July the Prosecutor changed the charge from abuse of official position to negligence since they reached the conclusion that there was no ill intent in the actions of the accused. However from the trial itself it follows that in their actions there were neither elements, nor the events of a crime, with this being confirmed by virtually all the victims.

Therefore the only decent way out of this situation would be to terminate this criminal case.

Yevhen Zakharov, Co-Chair of the Kharkiv Human Rights Group for Radio Svoboda  (The opinion expressed does not necessarily reflect that of Radio Svoboda