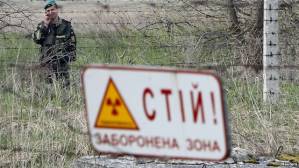 Chornobyl workers are not being paid, while the enterprises within the Exclusion Zone are not getting all the money needed for basic needs. Trade union members say that this is because government decisions are not being implemented and because of a lack of public funding in general.  Specialists stress that proper and timely funding for the Exclusion Zone is vital for safety at the Chornobyl Nuclear Power Plant and other structures. They hope, however, that the underfunding will not cause hazardous situations in the near future.

Anatoly Yaremenko works at the Chornobyl Exclusion Zone as a car mechanic and is also a member of the local trade union. A year ago the transport and service departments at the Chornobyl Nuclear Power Plant were made into a separate enterprise. The workers’ problems began in autumn.  In November they were paid only the extra amount they receive because of the dangerous conditions, not their actual wages.  Those workers who remained within the power plant’s structure are receiving their full pay.  Yaremenko says that they have no idea if they’ll be paid before the New Year and adds that they’re in arrears with electricity. They’ve written to the town (Slavutych) authorities as well as to the government, and if nothing changes, they will be forced to come out in protest, starting from 28 December, he warns.

The head of the enterprise, V. Kholosha is promising that the funds will be available in the near future.  He says that the situation is being resolved at government level and that there is no risk of critical situations arising.

Mykola Teterin from the Union of Chornobyl Nuclear Power Workers attributes the delays with pay to the government’s general financial problems. He explains that the Emergencies Ministry asked for 100% funding for the Chornobyl Zone and the government issued the relevant instructions but these are not being implemented. There are two funds from which they receive money, and if one pays, there are problems with the other which he suspects is because the money simply isn’t there.

Former Environment Minister Serhiy Kurykin is adamant that such dangerous sites as Chornobyl should not under any circumstances face disruption with funding. He also says that the situation is unlikely to cause emergencies or contamination of the environment.

The town of Chornobyl where the enterprises engaged in clean up operations are located was also recently without power because of bad weather, however the electricity network is also threatening to cut it off because of money owed for energy.

From a report by Yevhen Solonyna at Radio Svoboda