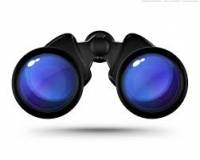 During blackouts, looters grab their chance.  During any high-profile events or disturbances in Ukraine, it’s all too often parliament that needs to be closely watched.

In early November 2012, while international attention was focused on election irregularities, the ruling majority took the opportunity to pass a previously rejected version of a’highly dangerous Law on National Referendums.  On 4 July 2012, with mass protest throughout the country over adoption of the contentious State Language Policy Act a bill was passed which removed around a third of all public procurement from tender procedure.

The situation on 4 April 2013 was different in that all eyes were certainly focused on the Verkhovna Rada. As much as they could be, since “parliament”,  we were supposed to believe, had split in two.  The opposition had been blocking the parliamentary tribune over the ruling majority’s refusal to call long overdue elections in Kyiv.  To avoid disadvantageous elections, but break the blockade, a meeting of some members of the Party of the Regions, communists and officially non-affiliated MPs decided to hold a “parliamentary session” at the parliamentary committee premises on Bankova St.  We may or may not believe in the physical presence of at least 237 MPs who supposedly attended this session and voted for various motions,  Even without clear infringements of procedural norms, there is also the fundamental problem that members of the parliamentary opposition were physically prevented from attending this event, call it what you will.  Yet we are informed by Serhiy Larin, Deputy Head of the President’s Administration that if the laws thus “adopted” are passed to the President in the proper manner, he will sign them.

Attention to what the MPs from the ruling majority got up to on 4 April is therefore imperative.

They recalled their new affiliations through the other laws concerned, most particularly those on fighting corruption. Oleksy Khmara, Head of Transparency International in Ukraine, has listed the main laws with ramifications for fighting (or fuelling) corruption in Ukraine.

These include adding a “qualification requirement” to the public procurement system which, as he points out, can easily be used to knock out any inconvenient bidders by saying that they aren’t compliant.

The Health Ministry, for example, will be able to legally reject foreign producers of medicines because the latter don’t have production facilities in Ukraine.  That will either mean that medicines become as much as ten times more expensive because of the need for intermediaries to organize packaging in Ukraine, or those medicines which are available will become dangerously low-quality since their producers have an effective monopoly.

Three out of four anti-corruption draft laws drawn up by the government were scrubbed, being sent back for “reworking”.  These included №2033 on criminalizing corrupt acts presently subject only to administrative fines. All four were prepared in implementation of Ukraine’s obligations before the EU on fighting corruption and this new delay is another critical blow to chances for signing of the EU-Ukraine Association Agreement

The history of Ukraine’s failure to fight corruption precedes the current President.  On the other hand one of the norms which those present on Bankova St on 4 April hope to delay indefinitely - on liability for legal entities -  was in the 2009 anti-corruption legislation. This was cast aside after Yanukovych came to power supposedly because his regime was going to tackle corruption with renewed vigour.