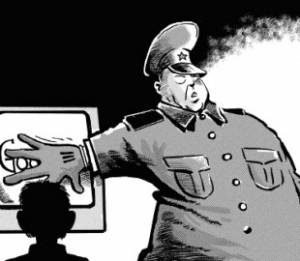 The Interior Ministry has initiated a draft law which would oblige providers to set up their own investigative operation systems for monitoring users.  The police want to purchase the necessary technical means at the expense of operators and providers of telecommunication services.

The Internet Association of Ukraine [IAU] reports that the draft bill is presently with the State Committee on Business Enterprise and that at present official sources are not broadcasting information about the bill. Nor have they approached the TV regulator.

Anatoly Oleksiyenko from Freenet says that this is far removed from commonsense and points out that they have not only managed to ignore the TV-viewing public, but also the National Communications Regulatory Commission [NKRSI].  He says it is not inconceivable that on this occasion NKRSI could come out on the side of the operators.

Tatyana Popova, IAU Director: “As far as we can understand, the Interior Minister want to push through this as a non-regulatory act, and therefore it’s not published anywhere. And it hasn’t been sent to NKRSI.”

The bill would not only oblige operators and providers to help the enforcement agencies in uncovering confidential information about users, but would also make them take the cost for the equipment upon themselves.

Parliament considered a similar bill introduced by a Party of the Regions MP last year and rejected it.