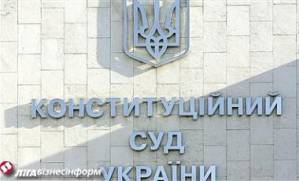 The civic network OPORA has issued a statement following the judgement announced on Thursday by the Constitutional Court effectively postponing the elections for Kyiv Mayor and Council, as well as the Ternopil Council until October 2015.

OPORA is concerned about the ramifications for people’s constitutional rights and their right to local self-government of the judgement.  It calls on the leadership of the Verkhovna Rada to urgently call parliamentary hearings on the capital’s local self-government,   and says that all interested parties, including members of the public must seek a way out of the impasse.

OPORA warns that the judgement passed reduces public confidence in local self-government since the terms have passed of those currently in office.  This casts doubt over the guarantees provided in Article 7 of the Constitution regarding local self-government and creates the condition for the usurping of power.

The fact that residents of Kyiv have been deprived of their right to form local self-government through elections is in direct breach of their civil rights and international standards.  The situation also puts in doubt the political elite’s European aspirations since the EU’s key principles including protection and consolidation of local self-government.

From the OPORA statement here