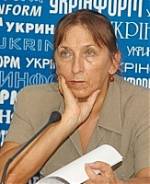 The percentage of Ukrainians who believe that they can have any impact on the authorities is falling rapidly.  Interestingly while less and less people believe that demonstrations and rallies can help, more are pinning their hopes on civic organizations.

According to a survey carried out by the Democratic Initiatives Foundation and the Razumkov Centre, 41% of the public believe that ordinary citizens can have no impact on decision-making.

DIF Director, Iryna Bekeshkina pointed out in an interview to the weekly Dzerkalo Tyzhnya that this figure is on the increase.  In 2007, for example, only 28% believed they could have no impact.

Of existing mechanisms giving ordinary citizens the chance to have impact on specific decisions of the authorities, first place was taken by presidential elections (according to 31% of the respondents) and parliamentary elections (30%).

Ms Bekeshkina notes that this is an important point. “Effectively people, and then only a third, see two mechanisms alone – presidential and parliamentary elections. In 2007 there were three priorities – besides those, there were also rallies and demonstrations, with 21% of the population considering them to be effective.  Now there is much less faith in them – 15%”.

Iryna Bekeshkina notes that people do not see any possibility for them to have impact on the authorities. Possibly for this reason, there is a growing hope that civic organizations can help.

“Civic organizations as a whole enjoy the trust of 38% of the population. There is not one politician or state bodies trusted that much. In May this year trust in civic organizations for the first time outweighed distrust. It is also growing to the media, and falling towards state bodies. “