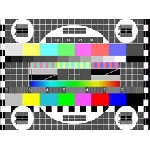 The offensive against press freedom waged in the Crimea since the Russian military intervention and installation of a puppet government is gaining pace.  According to Zair Akadirov who resigned from his post as chief editor of the newspaper Argumenty tyzhnya [the Week’s arguments] in protest over censorship, only one Ukrainian TV channel remains (Tonis).

Akadirov writes on his facebook page that “all others have either been taken off air or replaced. Crimean channels have also been partially replaced.”

First Russian Channel )ORT) instead of the Ukrainian 1 + 1

The following have been removed from air: Novy Kanal; NTN; Ukraina; K1; and Meta.

The Crimean Tatar channel ATR does not appear to have been cut off, however it has been under pressure from the outset, and attempts to tune in on the Internet were not successful.