Urgent Appeal from residents of the CrimeaRussian troops already deployed in mainland UkraineThe Crimea is our Home: Get your troops out!Crimean "referendum" a grotesque farceCrimean Tatars call on all Crimeans to boycott "referendum"Avoiding Ukraine’s language minefieldsChief Rabbi and others dismiss Putin’s “anti-Semitic extremist” claimsRussian propaganda must be challengedWestern Media: Don’t distort the situation in Ukraine!Russia’s aggression poses dangers beyond Ukraine’s bordersCrimea: Anti-Semitic card and other provocation in time of siegeMr Putin: We ethnic Russians and Russian speakers don’t need protectionDangerously orchestrated Crimean exerciseRussia claims threat to its interests and life of Russian nationals in UkraineBlood and Berkut Sniper Bullets on the President’s HandsMustafa Dzhemiliev on Maidan: I’m proud of you, dear fellow UkrainiansBerkut snipers aimed at protestersWaiting for more bloodshed?Open threats and covert plans as ‘hostage law’ deadline nearsRuling majority takes hostages through new “amnesty law”
• Topics / The right to liberty and security

More abductions in the Crimea (updated) 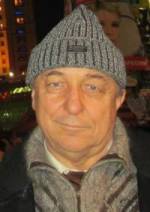 Ihor Kiriushchenko, a civic activist from Sevastopol, was abducted on Monday.  Mr Kiriushchenko has been active in helping Ukrainian soldiers in the military units occupied and blocked by Russian forces, as well as in protests.  He took part in Sunday’s demonstration in the centre of Sevastopol to mark the 200th anniversary of the birth of Taras Shevchenko and protest against Russian military occupation of the peninsula.  Last contact was at 11.39 on Monday when he rang the Secretariat of the Ukrainian Republican Party which he is a member of.  He bid farewell, saying that they had come for him. Since then it has been impossible to ring him. 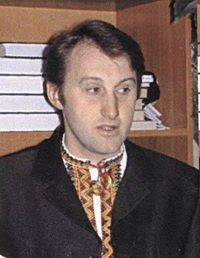 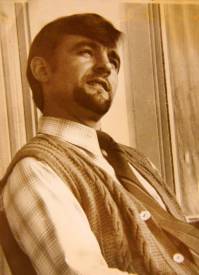 The whereabouts of two leaders of the Ukrainian community – Andriy Shchekun and Anatoly Kovalsky – remain unknown following their abduction in Simferopol on Sunday.  Volodymyr Sadovyk, commander of a Bakhchysarai military unit, is also missing.

Andriy Shchekun, head of the Crimean Ukrainian Council and Anatoly Kovalsky, an educationalist from Simferopol have not been seen since Sunday morning, and the prosecutor’s office has initiated a criminal investigation.

Radio Svoboda reports different sources as suggesting that the men were approached by strangers at the railway station while they were getting a parcel from Kyiv. Several men with “People’s Militia of the Crimea” armbands pulled them out of the carriage, searched them in rough fashion and forced them to the transport police unit in the station. The police refused to draw up a protocol, after which the assailants rang up their bosses. Soon after some unidentified individuals came and took Shchekun and Kovalsky away.

The Centre for Journalist Investigations believes that the abduction was authorized by the self-proclaimed prime minister of the Crimea, Sergei Aksenov. Its information suggests that the men were beaten and taken out of Simferopol, probably to Yalta. Kovalsky’s son, Serhiy, however, reports that after the publicity, the men may have been returned to Simferopol and are being held together.

Shchekun and Kovalsky were among the organizations of a rally (from 500 to 2 thousand) to mark the 200th anniversary of the birth of Taras Shevchenko and against Russian aggression in the Crimea.

The three young women whose disappearance was reported on Sunday  – Ukrainsky Tyzhden journalist Olena Maksymentko and two activists – Kateryna Butko and Oleksandra Ryazantseva – are still missing, together with press photographer Oleh Kromples and Yevhen Rakhno, whose car they were travelling in. 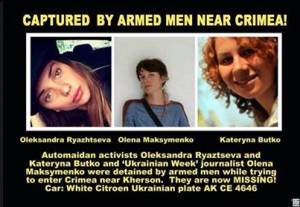