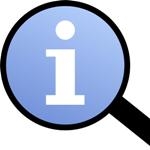 On March 27 235 MPs adopted draft law №0947 on access to public information. The bill, originally drafted back in December 2012, envisages amendments to four codes and 53 laws.  The amendments ensure access to decisions taken by local bodies and to bodies of power in general.  Access to information about central and local budgets is broadened, as well as to information about salaries, civil servants and general city plans.

An important amendment is the introduction of fines for those who unwarrantedly classify information as been on limited access; who fail to provide answers to information requests; give incomplete information or positively incorrect information with these broadening access to information about State and local budges, salaries and civil servants; city plans.  In general, the law significantly broadens the range of information to which citizens have the right to access.

The vote was the second on Thursday, after the first vote failed to get sufficient support in the morning. Journalists picketed parliament calling for the bill’s adoption.

Mainly from a report at Ukrainska Pravda