Tough words and stern warnings from the EU leaders that followed the shooting down of Malaysian airliner MH17 resulted in yet more tough words and imprecise warnings at Tuesday’s meeting of EU foreign ministers. This is despite unequivocal reports from the US Department of State squarely placing the blame with Kremlin-backed militants and demonstrating that these militants have been armed and trained by Moscow.  In spite also of preliminary reports suggesting that evidence from the crash had been doctored after the militants blocked access to the crash site.

The only hard result from Tuesday’s meeting was an agreement that ‘more names and companies’ will be added to the existing blacklist.  The last addition to this list consisted of several militants whose travel plans are unlikely to be disturbed by a ban on entry to EU countries and who probably don’t have assets to be frozen.  The new names may – or may not – include people closer to Russian President Vladimir Putin.

The foreign ministers also gave Russia a window of several days to withdraw its support from the militants or “face sanctions on its financial, high-tech and defense industries”.

This sounds serious until one takes a closer look at the demands:  that Russia “stops the flow of weapons to eastern Ukraine; withdraws its "additional troops" from the Ukrainian border and uses its influence on pro-Russian separatists to grant international investigators full access to the crash site of flight MH17; and fully co-operates with the investigators”.

Russia failed to use its undoubted influence with the militants from the point when the plane crashed on Thursday, July 17, until late Sunday, July 20.  Influence as in “aimed at stopping the militants’ overt obstruction of investigation”.  International observers have reported seeing militants using a diesel-powered saw to cut through the cockpit and part of the first-class cabin, and say that major changes are now evident.  While such interference could be needed to retrieve bodies, the plane’s body was tampered with at a time when the militants were preventing the bodies from being recovered.  It therefore seems much more likely that it was prompted by a wish to conceal evidence enabling clear identification of the missile used to down the plane.

There are also reports, backed by video footage, of the militants taking the Buk surface to air missile complex, believed to have been used to shoot down MH17, across the border into Russia after the crash.

With the victims’ bodies, the black boxes and site finally handed over to international investigators, there is little left for Russia to either support or obstruct, making a show of compliance with the EU foreign ministers’ demands easy enough.

Actual compliance will also depend on another factor which the EU is unfortunately unlikely to take into consideration.  Some bizarre conspiracy stories have been pushed by the Russian media over the last few days.  They should not, however, distract attention from more insidious efforts already underway in Russia and, via the Kremlin’s media voice, Russia Today and other less official voices, in the West.  Problems and 'unanswered questions' which the West is allegedly ‘refusing to see’ will be foisted onto people over the following months.  Since any comprehensive investigation of the crash is likely to take time, this presentation of apparent ‘discrepancies’ and ‘suspicious silence’ may well convince a part of the audience that it is the “West’s” version that should not be trusted.

Putin has already promised or even withdrawn troops from the border in order to avert previous threats of sanctions.  It is not inconceivable that such troop movements are partly intended to enable apparent ‘concessions’.

This leaves evidence that Russia has stopped the flow of weapons to eastern Ukraine. So many men, together with heavy artillery and arms, have already been brought into Ukraine that a temporary cessation would probably make little difference, however there is also another point of concern with respect to this condition.

In the last few days, US State Secretary John Kerry informed that the US was aware one month ago of “a convoy of about 150 vehicles moved several weeks ago from Russia to eastern Ukraine. The military equipment included "multiple rocket launchers”.   It is inconceivable that the USA did not inform its European partners of this build-up.   Yet as recently as July 11 the EU was prepared to do no more than add 11 names, mainly of Kremlin-backed militants to its ‘blacklist’ for travel restrictions and assets freezes.

France’s President Francois Hollande has claimed that the first Mistral war ship it is providing to Russia and training Russians to use has already been sold and must be delivered.  He states only that he will consider cancelling the sale of the second Mistral “if the EU decides to expand its sanctions against Russia”.

The measures apparently under consideration do sound serious.  The EU commission and the European External Action Service have been asked “to finalise the preparatory work on possible targeted measures and to present proposals for taking action including access to capital markets, defence, dual use goods and sensitive technology including in the energy sector”.

All are to be prepared, however, “in case” Russia does not comply with demands which it manifestly failed to comply with when they were of critical and immediate importance. An arms embargo will not be retroactive, meaning that at least one Mistral war ship will definitely be delivered, and France will only agree to cancel the second if the EU can finally muster a united approach.   The world watched appalled and ashamed as militants, who had originally boasted of shooting down a Ukrainian plane, demonstrated monstrous disrespect for the victims of the disaster.  Any attempts even now to drag out imposition of long overdue hard-hitting sanctions would also be an affront to those who died.  And a dangerous message to the Kremlin that all limits are there to be stretched 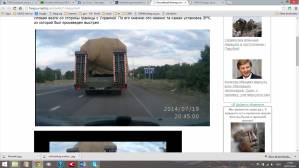 Reportedly, the Buk SAM complex being taken into Russia