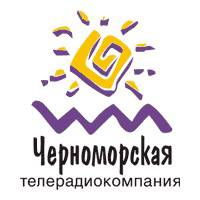 All computer and other technology belonging to the opposition TV Chornomorska [Black Sea Channel] has been arrested after federal bailiffs appeared on Friday morning.  The speed with which a court order was carried out and the fact that the channel has been left unable to work fuel suspicions that the move is aimed at silencing an independent television channel.

According to the channel’s lawyer, Andrei Bespoyasny, men in uniform appeared on the morning of Aug 1 with a ruling from the Crimean Economic Court.  This ordered the arrest of all moveable and immovable property, including transmitters.  The order is in connection with a suit brought against the Chornomorska TRC [television and radio company] by the Crimean Radio and Television Transmitting Centre [CRTTC].

Bespoyasny points out that the visitation was quite illegal given that the order had only been issued the day before and TV Chornomorska should have been given at least 24 hours to study it.  Instead 30 members of staff were forced onto the street and a lock placed on the door.   Those who appeared did not ideA significant point is that the men who appeared told the staff to not turn off their computers.  Had the purpose been solely to confiscate property as security against a law suit, they would have had no interest in what was on the computers.

Bespoyasny asserts that the claims against Chornomorska are trumped-up and says that this can be seen in the fact that the court had turned down applications to arrest the company’s property three times.  He says that CRTTC then joined all demands previously made and rejected together and the court, without any justification, allowed the application.

Sergei Dotsenko,  spokesperson for the relevant authorities installed after Russia annexed the Crimea in March asserts that the property was arrested because of the company’s arrears in paying for services. CRTTC is claiming 4 million roubles.

The Centre for Investigative Journalism reports however that the law suit has not even been examined by a first instance court with the hearing due only in the middle of August.  The confiscation of property, and effective paralysis of the opposition channel, thus took place without even initial consideration of the law suit

Chornomorska has lodged its own suit against CRTTC over what it asserts was illegal use of private property – transmitters and frequencies.   It says that CRTTC has been unlawfully holding 13 transmitters since March, and is transmitting Russian channels on Chornomorska’s frequencies.

As reported, Chornomorska was taken off air at the beginning of March.  At that time, the puppet government installed at gunpoint when Russian soldiers seized government buildings on Feb 27 was removing almost all Ukrainian channels, replacing them with Russian.

Chornomorska TV is part of the TRC owned by Batkivshchyna MP Andrei Senchenko and his partners. It was formed in 1993 and was for many years the most popular channel in the Crimea.  As reported earlier, this changed after Viktor Yanukovych became president, and the channel was one of the channels which came under intensive pressure.  From Dec 2011, it became available on satellite television, but – like other opposition channels – was not given a licence for digital broadcasting.