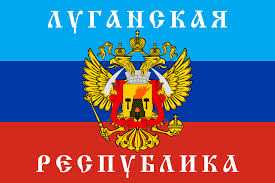 ‘MP’s from the self-proclaimed Luhansk people’s republic [LPR] are reported to have criminalized homosexuality, imposing a prison term from 2 to 5 years.  Rape of a minor will carry the death penalty, as could homosexual relations with the use of violence or threats.

Although the sources of this information can be questioned, the report has not been officially refuted and it tallies with the accounts of a recent ‘parliamentary session’   The lack of certainty primarily concerns whether the changes have been formally made or only ‘voted upon’.  Judging by reports from observers, the dividing line between formal and informal is in any case very thin, with ‘decisions’ by the LPR ‘parliament’ being taken by a show of hands.

The ‘parliamentary session’ was held on Sept 26 in Luhansk.  The event was reported by Vsevolod Filimonenko who does not conceal his antagonism towards the LPR.

“Strange people in the hall who call themselves deputies [MPs] voting by raising their hand in favour of ensuring the rights of residents of the people’s republic in defence of their cultural, religious and moral values.”

Yury Khokhlov, an ex-communist party deputy of the regional council got up and promised a draft bill “On protection of the Christian values of the LPR from the negative influence of the customs of hostile states such as Ukraine, the European Union, Canada and the USA”.

This legislative opus was ‘voted on’ with a show of hands, which the self-styled parliamentarians appear to consider sufficient for people to be sent to prison or executed for homosexual acts. The LPR is clearly following the Donetsk militants who have already ‘introduced’ the death penalty.

It is disturbing that homosexuality should have got a mention at all when the infrastructure of a major part of the Luhansk oblast is in ruins, when people are not able to survive, etc.  It is probably not surprising, however.  The Ukrainian Choice party led by Viktor Medvedchuk, a close associate of Russian President Vladimir Putin, has also focused on homosexual marriages which it claimed on a billboard campaign in March would be the result of Ukraine becoming an associate member of the EU.

Typically, one of the websites that reported the criminalization is called Antifascist [misspelt in English] with a website devoted to attacking the Ukrainian government, army.  Not to mention, of course, its moral degradation, namely the spread of homosexuality, etc. The report carries a picture in which the Ukrainian national trident symbol  is inside gay pride rainbow colours.  This, we should understand, is what intimacy with Europe and other dens of iniquity will mean for Ukraine.   Except, of course, in the self-declared Luhansk people’s republic which has gone that notch further than Russia which has thus far only criminalized something it calls ‘propaganda of homosexuality’.  For the source of the militants’ legislative skills and ‘traditional values’, we need look no further.