Russian Mother of 7 accused of ‘treason’ released from custodyRussians call to release mother of 7 accused of revealing ’state secrets’Russian woman charged with ‘treason’ for reporting soldiers sent to UkraineRussian Newspeak: “Killed at exercises on the border with Ukraine”Russian soldiers’ deaths in Ukraine: A web of lies and fake social network pagesMore Russians aware that their sons are being sent to fight and die in UkrainePersecution of elderly activist exposing Russian soldiers’ deaths in Ukraine continuesRussian rights activist investigating soldiers’ deaths in Ukraine arrestedRussia continues lying about solders’ deaths in UkraineFirst reports on Pro-Kremlin TV of Russian soldiers killed in UkraineEntire Pskov paratrooper regiment killed in Ukraine?More Russian conscripts forced to fight in UkraineAttacked for asking why Russian paratroopers died fighting in UkraineThe Russian Invasion and Deaths Putin didn’t mentionRussian NGO has list of 400 killed or wounded Russian soldiersIf Russia is not at war, then who is in those freshly-dug graves?Macabre Convoy: Cargo 200 from Ukraine to RussiaInvasion by any other nameHalf-empty or half-emptied?Poland knows about Russian ‘humanitarian convoys’. It didn’t let one in.
• Topics / News from the CIS countries 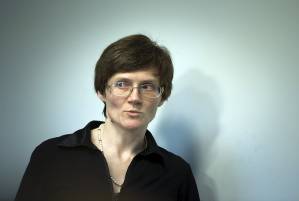 Svetlana Davydova, who was still breastfeeding her youngest child when remanded in custody, accused of ‘treason’ for divulging information about Russian soldiers being sent to Ukraine, says that even if she’d known what it would lead to, she would have still made the phone call.   She was speaking to human rights defender Zoya Svetova, whose earlier article was almost certainly instrumental in getting her released.

It was announced on March 13 that criminal proceedings had been terminated. At her press conference, Svetlana Davydova made a point of calling for Nadiya Savchenko’s release.

Once this shameful case went public, the Russian investigators clearly saw two alternatives, both bad.  They could continue charging Davydova with ‘state treason’ - basically divulging state secrets through her phone call to the Ukrainian embassy in April 2014, thus confirming that her warning about Russian soldiers being sent to fight in Ukraine was true.  Or they could carry out an ‘expert assessment’ which would obligingly find the information to be false.

They opted for the second solution and the case against her was terminated for lack of a crime.

At the press conference Davydova stated that she would not be seeking compensation for her treatment.  She and her husband, Anatoly Gorlov, both stressed that there were too many other important social programmes that the taxpayer’s money is needed for. 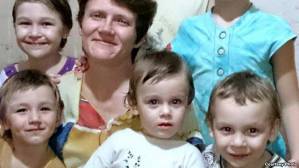 An equally strong social conscience led Davydova in April 2014 to contact the Ukrainian embassy in Moscow.  As reported here, she had noticed that the Chief Intelligence Unit [GRU]  military unit near her home was virtually empty.  She then by chance heard a military serviceman from the unit talking on the telephone about how he and the other man were being sent to Moscow in small groups, all in civilian clothes, and from there sent further on a work-related trip.

She put 2 and 2 together and decided to ring the Ukrainian embassy in Moscow to warn that the men might be heading to eastern Ukraine.  Both she and her husband were later adamant that she was motivated by one wish alone, that being to prevent bloodshed.

At 7.30  in the morning of Jan 21, a contingent of men in black camouflage gear turned up in Vyazma together with a plain-clothed FSB officer (who only later identified himself).  She was feeding her 2-month old daughter but ran out when she heard her husband demanding that they tell him who they were.  She understandably assumed that they were bandits who’d burst in.

Davydova’s account of the next hours and the following 2 weeks in which she was held in the Lefortovo Prison in Moscow is harrowing.

They took Davydova away despite the fact that she was breast-feeding an infant and took her to the Lefortovo SIZO [remand prison] in Moscow.

It is quite clear that investigator Svinolup had no intention of providing the court with the documents confirming that Davydova has small children, including an infant.  Nor he alone, since the ‘lawyer’ provided by the prosecution did not ask for her to not be remanded in custody, and the judge saw no problem in ordering her detention.

She might well be in custody now, with her children probably taken away, had it not been for a Kommersant newspaper article and then an article by Zoya Svetova.

Svetova reported on Jan 30 that the lawyer appointed by the prosecution – Andrei Stebenev -  had concentrated on getting Davydova to ‘cooperate’ with the investigators and had not even tried to appeal against her detention.

‘Investigator’ and ‘lawyer’ basically worked in tandem, threatening her and making any claims to get her to ‘confess’.

“Listening to them I understood that two investigators were working on me, investigator Svinolup and investigator-lawyer Stebenev”

“In the court the investigator said nothing about my children and asked for me to be remanded in custody.  Stebenev muttered something about children, but the judge (a woman) didn’t listen.”

Davydova’s husband, Anatoly Gorlov came to Moscow where he arranged for well-known lawyer Ivan Pavlov to act for them.  He left the children with their aunt and grandmother, but was forced to return to Vyazma after the social services turned up and threatened to place the children in care.

An appeal to President Vladimir Putin calling for Davydova’s release from custody was launched by Novaya Gazeta and collected over 47 thousand signatures.

Whether it was mainly Pavlov’s excellent defence, or the highly adverse publicity that the case attracted can be disputed, but on Feb 3, Davydova was finally released from custody.  Now all restrictions have been removed, as well as the preposterous charges.

The last sentence of Davydova’s interview is:

“Yet nonetheless, even if I’d know what awaited me, I would have phoned the embassy”.

Svetlana Davydova had committed no crime, but not because the information she provided was wrong.

Information about Russian military engagement in eastern Ukraine was provided regularly by Boris Nemtsov, gunned down outside the Kremlin on Feb 27.

See, for example, the film ‘The Warmonger’ [Разжигатель войны] which he produced together with Leonid Martynyuk.

https://youtube.com/watch?v=vfFhnqw0sE8   (there are English subtitles – press the icon in the bottom right of the frame )

In Nemtsov’s last interview, just two hours before he was killed, he suggested a debate with Putin beginning with a simple question:  “Why are Russian soldiers dying and you, as Chief Commander, Mr Putin, deny them, lie and claim that they’re not fighting?  We see the graves of these soldiers – we see them in Kostroma, in Pskov, in Nizhny Novgorod…."

Various measures have been applied against people who report the deaths of Russian soldiers in Ukraine.   These include the dubious criminal case against 73-year-old Ludmila Bogatenkova, the head of a regional Soldiers’ Mothers Committee in Buddyonovsk who was remanded in custody in October.  She was released only when it became clear that her state of health made it likely that she would not survive the detention.  Bogatenkova and her committee had been actively investigating the death of Russian conscripts and contract soldiers in Ukraine.

On Jan 27 a St, Petersburg court rejected the appeal lodged by the Soldiers’ Mothers of St Petersburg NGO against their forced registration as a ‘foreign agent’.  The decision by Russia’s justice ministry was announced in late August, just days after representatives of the NGOs had publicly spoken of soldiers being sent to Ukraine.   More details of these actions, and acts of violence against those revealing Russian involvement here: More details here: Russian soldiers’ deaths in Ukraine: A web of lies and fake social network pages

Western countries and media like the BBC have finally begun reporting the real and very large numbers of Russian soldiers in eastern Ukraine.  It took them much too long.