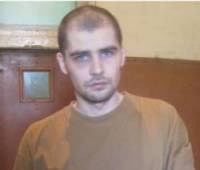 In a case already marked by unprecedented legal nihilism, the police in Russian-occupied Crimea have demonstrated new heights of cynicism.  For the second evening in a row, they have carried out searches of the homes, first of imprisoned Maidan activist Oleksandr Kostenko’s common-law wife, then of her brother.

Kostenko himself has been in detention since Feb 5.  He is accused of throwing a stone and slightly injuring a Crimean Berkut special force officer a year earlier, on Feb 18, 2014, during the EuroMaidan protests in Kyiv which ended before Russia invaded and annexed Crimea.  He is also charged with having kept a rifle barrel in his home.

Two months later, in the evening of April 9, twelve police officers turned up at the home of Olga Ukolova, Kostenko’s wife.  They searched the premises where she lives with her 7-month-old baby and her mother, and removed telephones and memory drives.

They appeared again on Friday evening at the home of Ukolova’s brother.  He was not there, and the search was carried out in the presence of his wife Yulia Taktasheva and her small child.

According to Dmitry Sotnikov, Kostenko’s lawyer, on both occasions the officers forced their way in, and removed telephones.

After the preliminary hearing on April 3, Sotnikov told journalists that the prosecutor might add 4 other charges against Kostenko: “of illegally crossing the border; of beating up some anti-Maidan person or other, presumably the investigators will have to find somebody. And also violence with respect to an officer of the Ukrainian law enforcement bodies – here it is generally unclear why Russia is therefore prosecuting. In addition they may charge my client with preparing the basic parts of a weapon”.

Sotnikov added that they are trying to coerce Kostenko into making some kind of agreement, while Kostenko himself has complained of torture and ill-treatment.  His lawyer suggests that the threat of these additional charges is likely to be aimed at forcing him to ‘cooperate’ with the prosecution. The collaboration could, he suggests, entail claiming that there is some kind of organized gang in Crimea planning an uprising.

This is ominously similar to the threats reported by Crimean political prisoners Oleg Sentsov and Oleksandr Kolchenko.  In their cases, the other two men arrested – Gennady Afanasyev and Oleksy Chirniy – both agreed to collaborate with the investigators.  In Afanasyev’s case, the cooperation entailed providing false testimony against Sentsov.  He was sentenced to the minimum term for ‘terrorism’ (7 years) in a closed trial which the other men’s lawyers were not told was taking place (see: Sentsov: 20-year sentence predetermined, but your regime will end sooner).