Crimean Muslims deprived first of their liberty, now of their lawyer 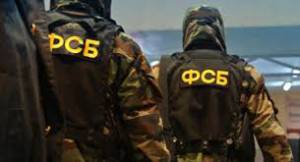 Three Muslims jailed in Russian-occupied Crimea since January on charges of involvement in the Hizb-ut-Tahrir movement which is banned as ‘terrorist’ in Russia and, but not in Ukraine (or in any other country) have now had their lawyer, Emil Kurbedinov, forcibly removed from the case. .

Kurbedinov calls this the latest flagrant violation of the men’s right to legal defence.  He says that the FSB investigator demanded his removal from the cases of three out of four Crimean Tatars he is defending, claiming that “the interests of my clients contradict one another”.  Since none of the four men made any such application, Kurbedinov rejects such claims as without any justification, and says that the upshot is that three men have been deprived of a lawyer whom they trust.

Typically, he has not received any formal notification of this decision which he says he is willing to appeal.  He promises to take action to ensure further defence of his clients.

As reported here, many lawyers in Crimea have succumbed to pressure and are unwilling to take on the numerous cases since Russia’s annexation of Crimea launched on highly questionable grounds.  Emil Kurbedinov has been unwavering in defending those unwarrantedly detained and charged.

Three Muslims – Nuri Primov; Rustem Vaitov and Ruslan Zeitullayev – were arrested in January and charged with organizing and / or taking part in the activities of Hizb ut-Takhrir.  As mentioned, this religious organization is banned in Russia, but never has been in Ukraine.  Most worryingly, the men are all charged under Article 205 § 5 of the Russian Criminal Code (organizing / participating in a terrorist organization).  According to Kurbedinov, one man is facing a sentence from 15-20 years, the other two from 5-10 years.

Kurbedinov earlier explained that the Russian Supreme Court in 2003 passed a ruling banning a number of organizations without any explanation.  Hizb-ut-Tahrir was, among others, declared ‘terrorist’.  “Any involvement, for example, they found a book or something, and that’s it, the article [on terrorism]”, he explained.

On April 2, the FSB first carried out a search of the home of Ferat Saifullayev, then arrested him on the same charges of involvement in Hizb-ul-Tahrir.  No more details are available, but he has been remanded in custody for 2 months.

It is possible that this is the fourth person whose interests, the FSB investigator claimed, are in conflict with the others.

Why is not clear, but then there is no clarity either as to why any of the four men are in detention.  Russia first invaded and annexed Crimea and then imposed its legislation and its understanding of what a ‘terrorist organization’ is on occupied Ukrainian territory.  Four Crimeans are currently facing long sentences as a consequence and there is no guarantee that others will not also be targeted.