Held in custody for not testifying against imprisoned Crimean Tatar leader 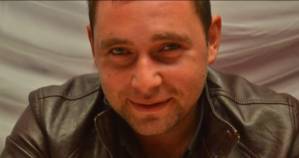 A court in Russian-occupied Crimea has refused to release a young Crimean Tatar detained for involvement in a demonstration on Feb 26, 2014, before Russia invaded and annexed Crimea.  26-year-old Mustafa Degermendzhy was arrested on May 7, 2015, some 14 months after the demonstration, yet a Simferopol court agreed on July 3 that there were no grounds for releasing him on a signed undertaking or under house arrest and extended the detention for a further 2 months, until Sept 7.   Zair Smedlyaev, head of the Crimean Tatar Qurultay Central Election Commission, was blunt in his assessment of the ruling, saying that Degermendzy’s ‘guilt’ lay in the fact that he had refused to testify against Akhtem Chiygoz, Deputy Head of the Mejlis or Crimean Tatar representative assembly.

Chiygoz was first arrested on Jan 29 this year and has been in detention ever since on legally absurd charges relating to a demonstration which took place under Ukrainian rule and Ukrainian legislation.  Although the fact that the occupation regime in Crimea, working under Russian legislation, could have no jurisdiction takes precedence, it is not the only issue here, since there are simply no grounds for any of the charges.

On Feb 26, 2015, around 10 thousand Crimean Tatars and Maidan supporters gathered outside the parliament building in Simferopol, fearing that plans were underway to push through a bill changing Crimea’s status.  They were opposed by a smaller number of pro-Russian demonstrators led by Sergei Aksyonov, then the leader of a marginal pro-Russian party in the Crimean parliament.  Aksyonov was installed as self-proclaimed leader on Feb 27 after Russian soldiers seized control.

There is nothing to indicate that only Crimean Tatars were responsible for any conflict that day, or for the two deaths, yet only they have been targeted since, 10 months after the demonstration, the occupation authorities initiated criminal proceedings.

It seems likely that the main target is in fact the Crimean Tatar Mejlis which has consistently opposed Russia’s occupation of Crimea. Russia has banned the Head of the Mejlis Refat Chubarov from his homeland, and Chiygoz was the highest-ranking Mejlis leader in Crimea.

There have been repeated reports of Crimean Tatars taken in for questioning or detained, with pressure put on them to give testimony against Chiygoz.

As well as Chiygoz and Degermendzhy,  a 33-year-old father of four is in custody, with his detention extended recently until the middle of August.  Ali Asanov was first arrested in April and remanded in custody despite the fact that his wife was heavily pregnant when he was arrested in April this year and has now given birth to their fourth child.   They live in a poor area of Crimea, and Asanov’s continued detention is catastrophic for his wife and small children, and his father who is unwell. The court in April argued that it was necessary to “check that Asanov is not implicated in other crimes, including of an extremist nature”, that he was charged with a serious crime carrying a sentence of 3 to 8 years and, as a Ukrainian national (and father of four), could abscond.  The court considered it a compelling argument that Asanov denied the charges, and claimed that he had “fled from the scene of the event and had not informed the police”.  What he was supposed to inform them of remains to this day unclear.