Ambushes as quota-filling ’mobilization’ continue in the Kharkiv oblast 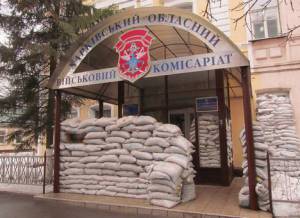 The police and recruitment offices in Kharkiv are continuing to grab young men effectively off the street and send them to military recruitment centres, despite assurances from the Interior Minister and Kharkiv Governor that such methods of ‘mobilization’ would stop.

A regular wave of mobilization is underway in the country. In Kharkiv, however, ambush is unfortunately a better term.  Police officers, some in plain clothes, simply stopped young men in the street, in metro stations, even in an institute where one young man was taking the external assessment exam [matriculation], and took them away.  Normally from police stations they were taken to the regional military recruitment office collection point and from there to the military unit.

Kharkiv Human Rights Group lawyers cried foul back in June and for a while the practice seemed to have stopped.   The Interior Minister Arsen Avakov announced that people’s rights must not be infringed during mobilization and the Kharkiv Governor and head of police both prohibited any such ambushes.

Nonetheless, KHPG reports that people are still being stopped on the street and taken away, ending up at the military recruitment office collection point.  Nobody is worried who they take, they just need the numbers.

On July 28 the mother of a young man from the Mykolaiv oblast approached KHPG.  Her son is registered with the recruitment office where he lives, yet that didn’t stop them detaining him in Kharkiv and trying to send him away to serve in the army.  On July 30 a young man who for health reasons is not liable for military service was seized, while another man who is not liable for mobilization because he has three small children was also stopped and taken in.

In each of these cases, the men were only released after KHPG intervened and pointed out that the military recruitment office’s actions were totally illegal.

During a visit to the collection point, KHPG staff found around 20 people, of whom three asked for KHPG help and are obviously not eligible for mobilization.  One is not only from the Zaporizhya oblast, but has already been released from military service on health grounds.  The young man’s documents clearly indicated this, yet it was ignored both by the police and by the military recruitment office. Another person detained was drunk when seized, and is registered at a psychiatric clinic in Kharkiv and released from military service, while the third is facing a criminal investigation at present.

The men say that they were detained by police officers working with staff of the military recruitment offices.  Some of the officers were in uniform, some in plain clothes and most showed their ID.   Some of the men were taken to police stations which shows that the police are not telling the truth when they claim the detentions have nothing to do with them.  Others were taken to military recruitment offices, or straight away to collection points.

A KHPG lawyer managed to also get two other people who are not suitable for military service release.

KHPG reiterates its protest at such actions and points out that if people in the Kharkiv oblast are being mobilized who on health grounds cannot serve in the army, or are chronic alcoholics or under criminal investigation, the question must arise whether such an army can defend the country.