Why persecute those trying to help Ukraine? 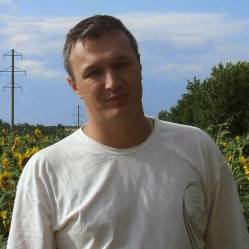 Yury Hukov, a well-known journalist, human rights activist working for the Kharkiv Human Rights Group, was arrested on June 22 and remains in detention despite protest from colleagues over both the spurious charge against him and the lack of any grounds for his detention.  Human rights activists gathered outside the Prosecutor General’s Office in Kyiv on Tuesday, demanding his release   As well as asking how the authorities can persecute a person who is working to save Ukraine, the banners also pointed out that the times may change, but not the prosecutor’s office, which continues to lie.

Hukov has worked for the Kharkiv Human Rights Group since September 2014 and was part of an international human rights group carrying out fact-finding trips to Donbas.  He has also played an active role in securing the release of hostages held by the Kremlin-backed militants in the Luhansk oblast, and personally brought one badly injured soldier from the fighting zone.  Before his arrest he was involved in the efforts to free Maria Varfolomeyeva, the young journalist whom the so-called ‘Luhansk people’s republic’ have been holding prisoner since January this year.

It is a sad irony about this case that Hukov, a former Euromaidan activist from Alchevsk (Luhansk oblast), was one of the first people to join the Aidar Volunteer Battalion when Kremlin-backed and heavily armed militants began seizing control in Donbas.  He was arrested when trying to inform the police of suspicions regarding the killers of his wife who died on May 23, 2015 while travelling in the same car as Kremlin-backed militant Alexei Mozgovoi.  Hukov’s detention order was issued by Oksana Tsarevych, judge from the Pechersky District Court, known for her active part in the politically motivated prosecutions of Yulya Tymoshenko, Yury Lutsenko and others, including during Euromaidan.

There are serious grounds for disputing the ‘armed robbery’ charges against him, as well as the justification for holding him in custody.  His 13-year-old daughter was already living with him at the time of his arrest.  She and the two small children who were living with their mother have already experienced one loss, and are now separated from their father.

Aidar and the charges against Hukov

Seeing what was happening in his native Luhansk oblast, Hukov left his work as a journalist (writing under the pseudonym Yury Aseyev) and became one of the five founding members of the Aidar Battalion.

He spent three months in Aidar and left over conflict with the now disgraced Aidar commander Serhiy Melnychuk   The accusations of illegal abductions and detention, theft, extortion, etc. against Aidar began fairly early, but Hukov was in fact one of the first people to publicly speak out against the lawlessness.  In  an interview given to Censor.net a short time before his arrest Hukov explained that from the outset it had worried him that about 10% of the volunteers “were people who hadn’t come to fight, but were pursuing their own aims. For that reason we had run-ins, both with the commander and with those volunteers”.  The battalion’s reputation had begun to deteriorate specifically because a part of the battalion, headed by Melnychuk himself, turned to looting and extortion.

The conflict peaked in June when Aidar seized the city of Shchastya back from the militants and took a militant commander, nicknamed Batya prisoner. The latter was believed by many in the area to be responsible for abductions and torture of hostages.  Hukov came into conflict with the Aidar command after he objected to the torture that Batya was subjected to and tried to persuade Melnychuk that prisoners must be given proper medical treatment.  Batya died, and Melnychuk’s response to Hukov was that if he was so smart, he could spend time imprisoned in the basement.  He was imprisoned in the basement for 8 days but released early after a local human rights organization sounded the alarm, with Andriy Parubiy, secretary of the National Defence and Security Council intervened.

Not surprisingly, he left Aidar and has worked for the Kharkiv Human Rights Group since the beginning of September, 2014.

The charges date back to June 2014, and are episode 3 on a list of “65 Aidar crimes” put together by the former Luhansk Governor Gennady Moskal.  On June 4, Hukov and three other battalion members received a verbal order to detain S., an alleged separatist.  They found S’s daughter and wife, the latter of whom made a lot of noise, and the men left without trying to detain S.  Of the Aidar men, however, took away a laptop and mobile phone.  This was seemingly on Melnychuk’s order so that the latter could check the man’s contacts. Hukov says he knew nothing about the items taken until the police, called by the suspected separatist, detained them.  The laptop and telephone were returned and the incident over.  Yet 9 months later the person formally reported a crime.

The father of three has been in detention since June 22, with attempts to appeal the detention and the preliminary hearing constantly deferred.  There have indeed been grounds for concern over certain activities of Aidar fighters.  These need to be investigated properly and the culprits held to answer.  Instead the authorities appear to be going for the easiest option – at the cost of Hukov, his children and the many people in Donbas whom he has been actively helping.