The Same Fingerprints in the Killing of Nemtsov & Politkovskaya 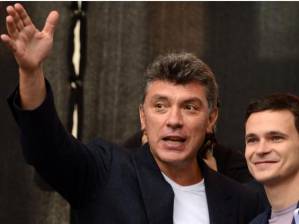 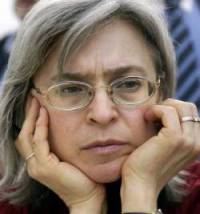 It should have been Boris Nemtsov’s 56th birthday on Friday, October 9.  Instead it is the first birthday since Russian President Vladimir Putin’s fiercest critic was gunned down outside the Kremlin on February 27 this year.  It comes just two days after the ninth anniversary of the killing of another bitter critic of Putin and his regime – Anna Politkovskaya.  Whether or not by coincidence, her murder coincided with Putin’s birthday.

On Oct 7, Anna Politkovskaya’s newspaper Novaya Gazeta marked these anniversaries by “comparing the fingerprints”.  The similarities in the circumstances of the contract killings and their investigation are no coincidence, the newspaper writes, but to do with the shared fingerprints of the killers, on the one hand, and those who ordered the crimes on the other.

The list must be treated with an element of caution.  There are some small inaccuracies, with other reports, for example, suggesting that the number of shots fired in each case was different.  There are, however, more significant difficulties given the widespread scepticism about convictions over Politkovskaya’s murder and serious concern over the course of the Nemtsov murder investigation.  All suspects now in detention over Nemtsov’s killing have retracted their earlier ‘confessions’, saying that they were given under torture.

Novaya notes that Anna Politkovskaya was probably demonstratively executed on President Putin’s birthday.  Nemtsov was no less ostentatiously gunned down just metres away from the Kremlin, the most guarded place in Moscow.

There certainly appears to be a clear Chechen link.  Four of the five men convicted over Politkovskaya’s murder are Chechen, as are all suspects in the Nemtsov case.

After the murder of both Politkovskaya and Nemtsov, the killer and his accomplices went into hiding in Chechnya. Despite being on the wanted list or an arrest warrant, “they lived at home, not particularly bothered about their future.”  Both the killer of Politkovskaya and the alleged organizer of Nemtsov’s murder were, according to the newspaper, able to get passports in a different name and leave the country.

In both cases, the attempt has been made to claim that the killings were ordered by “enemies of Russia living abroad”.  And, Novaya writes, there has been a campaign in the media to claim the innocence of the suspects. In both cases there have been constant leaks of information seriously jeopardizing the investigation.  The newspaper points out that this does not come for free.

Back in 2006 there was immediate international reaction to the murder of Anna Politkovskaya, with only Putin remaining silent for days.  He was finally forced by a journalist in Germany to say something on Oct 12.  His response: that Politkovskaya’s murder had “done more damage to Russia’s reputation, than her reporting ever had”.

After Nemtsov was gunned down, Novaya states, the Kremlin asserted that his death was no threat to those in power and that “Nemtsov was an ordinary citizen”.

Novaya Gazeta ends by pointing out that in neither case have those who commissioned the killings been found.

Nor are they the only cases.  Three weeks after Anna Politkovskaya was murdered, Alexander Litvinenko, former FSB agent and critic of the Kremlin, was slipped the radioactive polonium which was to kill him in a London hospital in late November.  Russia is protecting the two key suspects who left a trail of polonium wherever they went, and Putin recently gave the main suspect, Alexei Lugovoi a state award “for courage and daring demonstrated in carrying out work duties in conditions linked with risk to life”.

The list of other critics of the Kremlin who have been gunned down or poisoned is long.

Believe that if you can.  It would seem that the Kremlin was not so convinced itself, with Putin or his advisers using a cheap Soviet-smelling trick to tell the wider Russian public that Nemtsov was “really Jewish, after all”.   Since then, there have been constant attacks on the memorial erected at the place where he was gunned down, as well as harassment of activists keeping vigil there.  Russia’s parliament refused to even have a minute’s silence in Nemtsov’s honour, and the attempt to hold a memorial concert on the fortieth day after his death were thwarted, with the FSB having clearly put pressure on people to refuse to provide a venue.  The concert on Friday evening will be held in Basel, Switzerland, with the participation, among others, of Ukraine’s Okean Elzy and Andrei Makarevich.

Most worryingly, there appear to be plans to claim that nobody ordered the killing, and that it was carried out by the killer, a supposedly devout Muslim, because Nemtsov had spoken out in support of the Charlie Hebdo cartoonists gunned down in Paris on Jan 7.

Please honour Boris Nemtsov’s memory by endorsing endorse the petition here   in both Russian and English calling for an international investigation into Nemtsov’s murder.

See also the report Putin. War which Boris Nemtsov had planned and which was later completed by his associates, and the film Nemtsov and Leonid Martynyuk produced in 2014 entitled ‘The Warmonger’ [Разжигатель войны] about Russia’s aggression in eastern Ukraine  https://youtube.com/watch?v=vfFhnqw0sE8.