Disappearances and Groups at Risk in Russian-Occupied Crimea 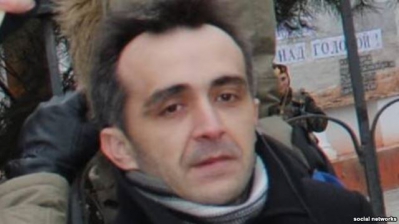 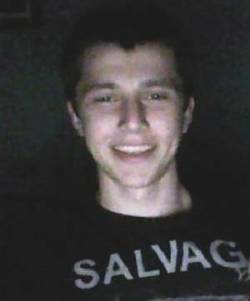 Islam Dzhepparov was just 19 when he was abducted in Crimea on Sept 27, 2014, together with his 23-year-old cousin Dzhevdet Islamov. It was his 20th birthday on Nov 13 – if he is still alive.  Timur Shaimardanov was 33 when he disappeared on May 26 2014.  A civic activist, he had been actively involved in peaceful protest against Russia’s annexation of Crimea and had been taking food and cigarettes to trapped Ukrainian soldiers.  Their disappearance and those of others explain why Nariman Dzhelyal, Deputy Head of the Mejlis, or Crimean Tatar representative assembly, has said that civic activists and Muslims can be considered groups at risk in Russian-occupied Crimea.  The Mejlis believe that around ten people have disappeared because of their civic stand, though the number of disappearances is greater.

Russia has on repeated occasions been found in breach of the European Convention over the involvement of its forces in abductions and disappearances in Chechnya, as well as because of the lack of proper investigation into such cases.   18 months after Russia invaded and annexed Crimea, it is facing similar claims to the European Court of Human Rights over disappearances in Crimea.

There are ominous similarities, however the situation is difference, not least because lawyers  from the Ukrainian Helsinki Human Rights Union have lodged applications against both Russia and Ukraine.  They believe that Ukraine could be doing a lot more to find out the whereabouts of people who have vanished and who was to blame for their forced disappearance.  They complain that the Ukrainian authorities have failed to even question witnesses, check telephone billing records to follow people’s movements, etc.

By the end of last year 3 criminal investigations had been initiated in Crimea – two under Article 105 of the Russian criminal code [murder] with respect to the disappearances of Timur Shaimardanov and Seiran Zinedinov, and under Article 126 over the abduction in late September of Islyam Dzhepparov and Dzhevdet Islyamov.

The family has since stopped talking with human rights activists and journalists, and according to Larisa Shaimardanova, Timur’s mother, have broken off contact with her, effectively blaming Timur for having involved their son in civic resistance.

Timur’s mother, who lives in the Kherson oblast, was also very worried about her son’s safety and had asked him to ring her every day.

There were strong grounds for concern.  A number of Ukrainian activists had been abducted by the so-called ‘self-defence’ paramilitaries working in close cooperation with the puppet government installed after Russian soldiers seized control on Feb 27, 2014.   Many, like Andriy Shchekun, a fellow Ukrainian activist, were badly tortured before being released as part of an exchange.  Shchekun says that his abductors and torturers were from a group run by Igor Girkin, the Russian allegedly former military intelligence man and Crimean Igor Bezler, both heavily involved in both the annexation of Crimea and military action in Donbas.

According to Emil Kurbedinov, the lawyer representing Timur Shaimardanov’s family, the de facto authorities give the appearance of doing something, though he cannot say whether they actually are.   Any investigation into Seiran Zinedinov’s disappearance has now been stopped, supposedly in connection with “the failure to establish individuals having committed an offence”.

The prosecutor of the Kherson oblast has also initiated a criminal investigation over the disappearance of both men.  According to Yevhenia Zakrevska, a Ukrainian lawyer also representing Larisa Shaimardanova, the Ukrainian authorities’ attitude to such cases is to register them and stop there.  This is the reason, Darya Sviridova explains, why the Ukrainian Helsinki Human Rights Union has named both Russia and Ukraine as respondents in applications made to the European Court of Human Rights.  The Crimean authorities are refusing to provide them with the file material at all, while the Ukrainian investigators are doing nothing.

Vasyl Chernysh, an Automaidan activist from Sevastopol was last seen on March 15, 2014, the day before the so-called ‘Crimean referendum’.  The Radio Svoboda Crimean Service has tried to find out what happened, but was only able to speak with activists about the young man’s disappearance.  His relatives have changed their phone numbers and do not want to speak to anybody about Vasyl.  One of the activists said she has the impression that somebody may have frightened them.

One of those most involved in the search for the young activist was Oleg Sentsov, the Ukrainian filmmaker, arrested in May together with three other opponents of Russian occupation, and recently sentenced to 20 years in what has been called an “absolutely Stalinist trial”.

It is unclear whether the Ukrainian enforcement bodies have tried to find out what happened to him. Olga Skrypnyk from the Crimean Human Rights Group says that the police did not make contact with her colleagues.  She believes that Vasyl’s disappearance was probably the work of the so-called self-defence paramilitaries or the Russian enforcement bodies.

Human rights activists suspect that they were abducted by ‘self-defence’ paramilitaries. Maria Tomak, from Euromaidan SOS, says that a large number of civic activists and pro-Ukraine supporters were seized when entering Crimea, with former Berkut officers having been actively involved in such abductions.  She thinks it very unlikely that the young men are still alive, but is convinced that Ukraine must investigate their disappearance.

Both young men’s photos and details are on the Investigative Committee’s official website  but there is no evidence of any further activities.  Despite the fact that they were seen being forced into a dark blue Volkswagen Transporter and taken away in the direction of Feodosiya, with the police even having the minivan’s registration number, they have not been seen since.

Their abduction came shortly after a major intensification in the offensive against the Crimean Tatar Mejlis, with armed searches being carried out of homes and mosques.  Other young Crimean Tatar males also disappeared.  Edem Asanov’s body was soon found in an abandoned sanatorium near Yevpatoria.  The authorities claimed he had committed suicide.

At the time, Refat Chubarov, the Head of the Mejlis who has been banned from his homeland, recalled words written by Memorial about the Northern Caucuses.  “Abductions are carried out by staff both of the local, and the federal enforcement bodies. A number of the abductions take place according to the classic, “Chechen” scenario, when armed men in masks burst into a home and take the person they want away. However many abductions are carried out very ‘professionally’: a person leaves his home and doesn’t return, or later he’s found murdered.”