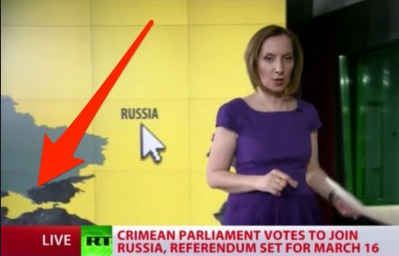 With Russia’s economy shrinking by the month, civic activists were surely justified in asking why the already generous government spending on the TV network Russia Today is scheduled to increase by a staggering 30% in 2016.  The reason for the secrecy about a channel which is widely viewed as the Kremlin’s international mouthpiece is more startling.

It turns out that Russia Today [as part of TV Novosti] is an ‘autonomous non-profit organization’ [ANO], and therefore comes under Russia’s highly restrictive law regulating non-profit or non-commercial organizations.   Despite getting 12 billion roubles from the state coffers in 2015, far more than any other so-called non-profit organization, it has not once published a report on its sources of finance and expenditure, as required by law.

The St. Petersburg-based civic organization Team 29, led by well-known human rights lawyer Ivan Pavlov, has approached the Justice Ministry demanding an answer as to why Russia Today enjoys such non-accountability for substantial public funding.  It is backed by Transparency International whose spokesperson, Andrei Zhvirblis, says that this is not the first time they have found state-funded non-profit organizations failing to account for their spending, but the situation with Russia Today, arouses particularly serious questions.  “Among non-profit organizations it’s the largest recipient of state funding, with the money distributed not through tenders, but by direct decision.”

It is in fact unclear why Russia Today, which engages in commercial activities, should have ANO status at all, however the activists are chiefly concerned with why it is breaking the law with such impunity.

Any non-profit organization is required to report to state statistical and tax authorities, and since 2010, has been obliged to provide detailed reports of their sources of funding and expenditure.  Even those organizations who have not been forcibly labelled ‘foreign agents’ must comply with stringent demands.

Unless they’re Russia Today, in which case they appear to face none.  Nor is there any evidence of willingness to answer legitimate questions about such lack of transparency.  After being ignored by the ministry, the activists wrote directly to the Minister Alexander Konovalov.  That elicited a letter, though it would be difficult to call it an answer since it simply listed the law’s requirements, and told them to ask the Moscow department.  This they have done.  Pavlov says that if a report is published, his and other organizations will study it carefully to find out where their money is going.  If not, they will demand response from the Prosecutor to a flagrant breach of the law.

Russia Today, now known as RT, was created by the state-controlled RIA Novosti agency in 2005.  At the end of 2008, it was added – as ANO Russia Today to Russia’s list of core organizations of strategic importance.  It broadcasts in English in a large number of countries, and launched a German-language version in 2015.

Back in 2010, Julia Ioffe wrote that Russia Today had “become better known as an extension of former President Vladimir Putin’s confrontational foreign policy”. Putin is now third-time President and the channel has earned notoriety, especially over its reporting on Ukraine since Russia’s invasion and annexation of Crimea.

In the UK, where the channel has been broadcasting for 9 years, there have been numerous complaints to the media regulator Ofcom.  On September 21, Ofcom found that RT had breached the broadcasting code four times in three programmes, including two episodes of a programme called ‘Truthseeker’, and ordered the channel to broadcast two clear statements on the Ofcom decision, correcting the faults. One of the ‘Truthseeker’ programmes had alleged that the BBC had staged a chemical weapons attack by the Assad regime in Syria.

The other claimed there was a government-backed genocide taking place in eastern Ukraine.  While excellent that Ofcom demanded a retraction, this can in no way compensate for the damage caused by such programmes, which Russia Today is doubtless aware of.  The programme on supposed ‘genocide’ was removed almost immediately, though can still be found on the Internet.

It claimed that eyewitnesses had told of “unarmed civilians being systematically massacred – village after village, town after town - all under complete mainstream media silence”.  Kyiv was alleged to be carrying out daily mass bombings of unarmed civilians, “reportedly using “cluster bombs designed to kill or maim everyone in the surrounding area”.

A large number of viewers would know nothing about Ukraine, and have no way of understanding that they were being fed out and out lies  (see: Russia Today’s “Genocide in Eastern Ukraine”: Sick, distorted and deleted).

The same applies to RT’s perpetuation of Russia’s false narrative about the tragic disturbances in Odesa on May 2, 2014, being a ‘massacre’.  The channel hides behind supposed ‘witness accounts’, yet makes no attempt to verify them and then ignores all evidence refuting such accounts.

How much the channel pays its staff remains a matter of speculation.  Anchor woman Liz Wahl made headlines in 2014 after she resigned from the channel on air, feeling morally compromised by the lies told about Ukraine.  It is clear from an interview given to the Daily Beast that she had long felt compromised, yet found other reasons to remain.

It is just possible that people like Manuel Ochsenreiter, editor of Zuerst, a neo-Nazi newspaper or Graham Philips, mouthpiece for Russia and the Kremlin-backed militants in Donbas, simply like being treated as important, and are not directly paid by the channel.  It seems inconceivable that so-called journalists willing to be seen brazenly lying and repeating another country’s propaganda are not receiving very fat salaries.  15 billion roubles, however, is a lot of money, and there are plenty of other questions that need answering.