Gongadze Murder Sentence Upheld – Silence on Who Ordered the Killing 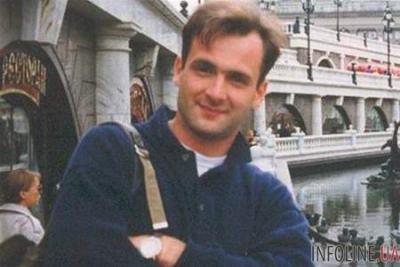 Kyiv’s Court of Appeal has upheld the life sentence passed on former Police General Oleksy Pukach for the murder of journalist Georgy Gongadze.  The appeal hearing comes almost 4 years after the initial sentence was passed on Pukach, and well over 15 years since the independent journalist was abducted and murdered by police officers.

The entire Pukach trial was extremely long and took place behind closed doors despite protest within Ukraine and abroad given the very serious grounds for suspecting that Gongadze’s killing had been ordered by people in high positions. . 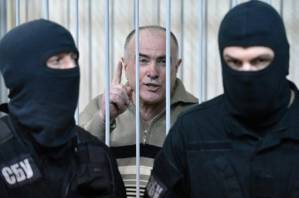 At the time, Ms Telychenko made the following comment to Ukrainska Pravda:  “Thank God that phrase was not just heard by me, but by journalists. In fact  in his pre-trial and court testimony, Pukach repeatedly spoke of Kuchma and Lytvyn, about where and when he met with Lytvyn, however that wasn’t used in the investigation into who ordered the murder”.

Ukraine’s Prosecutor General’s Office is officially still carrying out an investigation into who ordered the killing..

Pukach was found guilty of the murder of Gongadze and of the beating of civic activist Oleksy Podolsky in 2000, and sentenced to life imprisonment.  Although his lawyer has promised to lodge a cassation appeal, the sentence has now entered into effect and Pukach can be sent to prison.  Valentina Telychenko, Myroslava Gongadze’s lawyer said that she considered the ruling to be just.

There have been demands from the international community over the last 15 years for those who ordered the killings to be identified.  Tapes presented by Mykola Melnychenko, a former Presidential guard, appear to incriminate both Kuchma and Lytvyn.

Much was made in early 2011 when criminal proceedings were initiated against Kuchma over the Gongadze case.  President Viktor Yanukovych was already under heavy criticism for violations of press freedom, as well as selective justice, and his people tried to tout the criminal proceedings as proof that it was Yanukovych, not his predecessor Viktor Yushchenko, who was willing to reveal the truth about the Gongadze killing.  Within months, however, the Constitutional Court had obligingly ruled that evidence could not be used that had not been legitimately obtained by an investigative body, this eliminating Melnychenko’s crucial tapes.

On March 15, 2008 three former police officers - Valentin Kostenko, Mykola Protasov and Oleksandr Popovych  - were found guilty of abducting Gongadze on Sept 16, 2000 and killing him in a forest near Kyiv and sentenced to terms of 12 and 13 years.  Pukach, who was their superior, was long in hiding, before being arrested in July 2009.