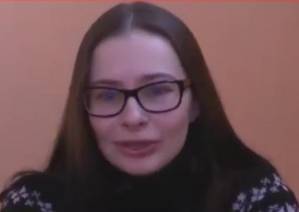 A year after Vladimir Putin agreed that all hostages and prisoners of war would be released on an all for all basis, the militants who answer to Moscow are not only refusing to release those seized earlier, but have recently taken others prisoner.

It is a year this Friday since Russian President Vladimir Putin agreed together with the leaders of Ukraine, France and Germany that all prisoners of war and hostages must be released on an all-for-all basis.

There are still at least 140 hostages held captive by Kremlin-backed militants in Donbas.  They include Luhansk journalist Maria Varfolomeyeva, held captive for 13 months, and other civilians.

The so-called ‘Donetsk and Luhansk people’s republics’ [DNR, LNR] have not just failed to release those taken hostage earlier, they have taken other people prisoner. 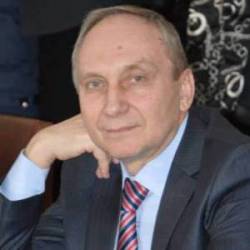 These include renowned Donetsk religious specialist and university lecturer Ihor Kozlovsky and the coordinator of the volunteer initiative Marina Cherenkova.

There are also reports of other people coming to Donetsk to visit relatives and being taken hostage.

As reported, there have also been disturbing claims made by DNR representatives that there are no hostages, no prisoners of war, only people facing criminal charges.  Such charges could result in execution – with prisoners not having a lawyer, and certainly not receiving a fair trial.

It is possible that the increase in repressive measures, hostage-taking and threats are aimed at raising the stakes prior to new Normandy Four talks later in February.

All decisions regarding such tactics can safely be assumed to come from the Kremlin.  So too can new moves against Russia’s Ukrainian political prisoners.

Putin is in breach of an agreement to which he was a party.  Western leaders need to be putting pressure on him to keep his word where human lives are at stake.

There is strong evidence that many of the hostages have been subjected to severe torture.  A recent study found that over 87% of Ukrainian soldiers and 50% of civilians taken prisoner in Donbas had been subjected to torture or ill-treatment.  In over 40% of the so-called ‘interrogations’ and control over them, key roles had been played by mercenaries from the Russian Federation or people who identified themselves as Russian military personnel.

The civic initiative #FreeDonbasHostages is asking people on Feb 12 to join in writing to the leaders of the Normandy Four on Facebook, Twitter and others.

Use the hashtag here and remind them that Donbas hostages must be freed under the Minsk Agreements, and that they can help ensure their release.

Some of the hostages have been badly tortured and are doubtless in ill-health.

Their release cannot remain a commitment that the Kremlin and its proxies continue to ignore.

The 31-year-old Luhansk journalist has been held in captivity since Jan 9, 2015.  Although captured at a time when there had been no shelling in Luhansk for several months, the militants have claimed that she was taking photos of buildings where militants were staying in order to pass on the coordinates to the Ukrainian military.

Both the militants and Russian pro-Kremlin media have tried to gain propaganda mileage out of the imprisoned journalist.  She was heard on video being tormented by militants back in February and then in May Life News came up with a carefully doctored interview.  Varfolomeyeva’s obvious distress during the interview and difficulty speaking made it easy for Life News to add their version of the journalist’s supposedly changed attitude towards Ukrainian volunteer fighters.

Maria Varfolomeyeva took an active role in Euromaidan and was therefore in danger in Luhansk but could not leave her ailing grandmother.  The elderly lady died a few days after her granddaughter was taken prisoner.

The 60-year-old academic, a renowned religious specialist actively involved in interfaith dialogue was seized by the so-called DNR ‘state security service’ on Jan 26 and has not been seen since.   As with Varfolomeyeva, the militants have tried to claim some kind of justification for taking Kozlovsky hostage.  Prominent DNR militant Alexander Khodokovsky is reported to have asserted that the highly respected academic may have been involved in what he termed “destabilizing the situation” and had “multiple contacts with various organizations in Ukraine engaged in destructive activities here”.

Most of the civilians still held and prisoners of war remain dangerously anonymous and at immense risk.

Please help get their release on the Normandy Four agenda now, before it’s too late.

Join the Facebook initiative #FreeDonbasHostages here and endorse their petition