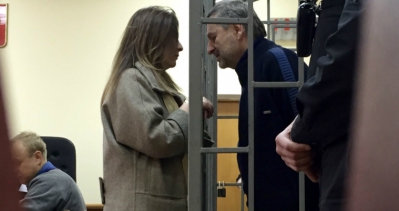 A UN body’s recent call for a ‘fair trial’ in a prosecution which defies fundamental principles of law and jurisdiction is just one of the indications that the West doesn’t know what to do about Russia’s Crimean political prisoners and is doing next to nothing.

The Crimean Tatar Mejlis or representative body has begun drawing up a list of Russian and Crimean officials most directly involved in the persecution of Crimean Tatars and other Ukrainians in Russian-occupied Crimea.  The plan is to call it the ‘Chiygoz List’ after Akhtem Chiygoz, Deputy Head of the Mejlis who has been imprisoned now for well over a year on legally absurd charges.

The list will include not only those carrying out criminal orders in occupied Crimea, but also those in the Kremlin and Moscow responsible for the lawlessness.  Eskender Bariev, a member of the Mejlis, explains that the list will be analogous to the Magnitsky List.  That list was initially drawn up in the USA on the basis of the Sergei Magnitsky Rule of Law Accountability Act of 2012 aimed at punishing  Russian officials responsible for the death of the Russian lawyer in a Moscow prison in 2009.

Bariev is surely right in saying that such a list should have been started a long time ago.  It was, in fact, suggested after the monstrous sentences passed on Crimean filmmaker Oleg Sentsov and three other opponents of Russia’s annexation of Crimea.  There is currently an initiative from European Parliament deputies to initiate such a list for those responsible for the abduction, imprisonment and trial of Ukrainian former military pilot Nadiya Savchenko. 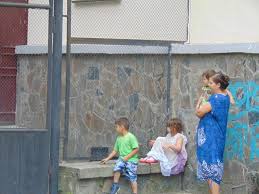 Ali Asanov’s wife and children waiting outside the court

The brutal truth is that some of those who should be on any Crimea list 20 times over, like the de facto prosecutor Natalya Poklonskaya are already on the limited sanctions lists imposed by the West.  Others, like Russian President Vladimir Putin are unlikely to be included.

Sanctions are needed and so too are much clearer statements from the West regarding specific cases of persecution.

The possibly imminent ban on the Mejlis, which is the self-government body of the main indigenous people of Crimea has rightly been called a hostile act against the Crimean Tatars as a people.

It is just possible that western governments are putting pressure on Russia behind the scene to not take such a criminal step.

There are no grounds for such optimism when it comes to the ongoing imprisonment of Akhtem Chiygoz, Ali Asanov and Mustafa Degermendzhy, nor the imprisonment of  eight Muslims (so far) on highly dubious charges of involvement in Hizb ut-Tahrir, a pan-Islamic movement which only Russia deems ‘terrorist’.

It is to be hoped that the report due soon from a Council of Europe fact-finding mission to Crimea will give attention to all cases.  It is known that the delegation visited Chiygoz in prison, and it has been suggested that the hearing scheduled for one of the days of their visit was adjourned to avoid them attending.

There is every reason to hide this shameful case from western eyes which makes the coverage thus far given it so frustratingly inadequate.  In Amnesty International’s last report, the NGO mentions only when Chiygoz was arrested and that he is “accused of having organized “mass disturbances” on 26 February 2014” without any further explanation.  On March 17, AI issued a more adequate statement about the plans to criminalize the Mejlis as “culmination of repressive measures against the Crimean Tatar community”, however it is the report that is accessible to a wider audience. The UN High Commissioner for Human Rights latest monitoring mission report is even more startling.   It mentions the case, and the fact that there was recently a conviction over this same demonstration on Feb 26, 2014.  Its recommendations, however, include only that the de facto authorities and Russia “ensure due process and fair trial rights for Crimean Tatars detained in relation to the February 2014 demonstration”.

There can be no due process and categorically no fair trial in a case which so contradicts all principles of law.

The men are charged under Russian law over a demonstration which took place on Feb 26, 2014 in Ukrainian Crimea before Russia’s invasion and annexation of Crimea and therefore unequivocally under Ukrainian law. 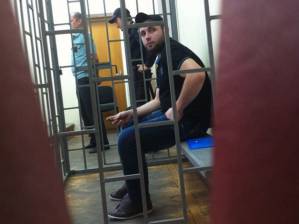 This alone means that the case has no right to exist and the men have been imprisoned for periods from 9 to 14 months illegally.  The case is also highly discriminatory since only Crimean Tatars have been targeted, although there were also a large number of pro-Russian demonstrators outside the parliament buildings on Feb 26, 2014.

There is also no evidence against any of the men and no clarity as to what any of them is actually charged with.  The three defendants in custody all asked on Jan 25 for explanations of what they are supposed to have done.  They received none.

On Feb 15 the court unexpectedly ordered that the case be sent back for ‘further investigation’ (details here).  This was challenged by Poklonskaya and the hearing into her appeal is due on March 24.

The men all remain in custody despite the grotesque nature of the charges and the fact that Asanov, who has four small children and a father in ill health, is the sole breadwinner.

In its statement on Feb 15, the Russian Memorial Human Rights Centre declared all three men political prisoners and demanded their immediate release.  They pointed out that the Russian authorities had ignored the fact that the actions happened on Ukrainian territory before annexation.  They also noted that the political motivation was particularly evident given that two sides were involved in the confrontation to an equal degree, yet only Crimean Tatars had faced charges.

It remains unclear how much a ‘Chiygoz List’ can achieve unless backed by meaningful sanctions.  There can be no doubt as to the dangerous message given Russia by silence over politically motivated and openly lawless trials aimed at crushing opposition to Russian occupation.