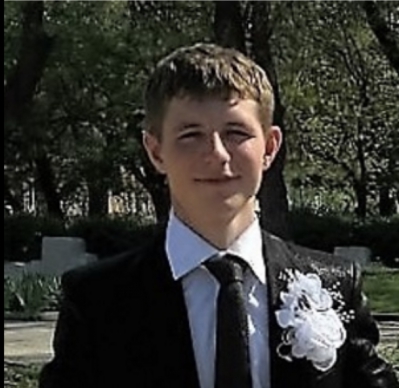 Andriy Kolomiyets, the 23-year-old Ukrainian facing trial in Russian-occupied Crimea for alleged actions during Euromaidan in Kyiv before annexation has given harrowing details of the torture used to extract a ‘confession’.  He told the first real lawyer that he has been allowed of electric shocks being applied and asphyxiation.  He says that he tried to tell the earlier ‘lawyers’, but the latter, brought in by the investigators, didn’t want to know and simply told him to confess.

The confession demanded from Kolomiyets was to attempted murder by throwing a Molotov cocktail at two former Berkut riot police officers with this potentially carrying a 20-year prison sentence.

The charges are absurd, unprovable and cover events over which Russian-occupied Crimea has no jurisdiction.  This did not prevent the 2015 conviction and ongoing prison sentence of fellow Maidan activist Oleksandr Kostenko, so concern over this new case is high.

Kolomiyets was arrested in the Northern Caucuses of Russia on May 15, 2015 and taken illegally to Crimea where he has been held in custody ever since.  The Crimean Human Rights Group reports that the documents handed by Kolomiyets’ lawyer to the court make it clear that he was subjected to torture by Russian enforcement officers so as to extract a confession.

In an application to the court, Kolomiyets’ lawyer stated that senior officer from the Russian ‘Counter-Extremism’ department S. Borovik and other employees had put a bag over Kolomiyets’ head and had attached his fingers to a wire, put a damp rag under his hands and switched on an electric current.  Kolomiyets is sure he would recognize all of the officers who did this.

Kolomiyets says that they used the torture to force him to confess to taking part in extremist Ukrainian organizations in Kyiv in 2014 and attempting to murder officers of the Ukrainian police Berkut Crimean unit”.   He told the court that he had turned to all previous lawyers and told them of his innocence and of the illegal and criminal activities of the police officers.  They had responded that there was no point in such a position and that he should confess.  He now states clearly that the confession was forced out of him in the absence of legal assistance from all previous lawyers, he says.  Kolomiyets had earlier told the Crimea Human Rights Group that they tried to beat testimony out of him about Oleksandr Kostenko.

At the last court hearing on March 30, his lawyer spoke of the torture Kolomiyets had been subjected to and other details pointing to falsification of the case.  There is not even any record of the two alleged ‘victims’ – M. Kozlyakov and A. Havrylenko – having bodily injuries.  The recognized ‘harm’ both men allegedly suffered is described as ‘physical pain’.

Kolomiyets is charged under Article 105 of Russia’s Criminal Code with attempted murder, and under Article 228 with possession of narcotic substances.  This doubling up of criminal charges is often seen in politically-motivated cases.  Oleksandr Kostenko was charged with equally unprovable charges of ‘slightly injuring a Ukrainian Berkut officer during Maidan and of possession of part of a firearm.  Little is known about Kolomiyets’ case, however the pattern is telling given that in Kostenko’s case there are strong grounds for assuming that the item was planted (see: Torture and Legal Thuggery against Maidan Activist ) .

The next hearing is scheduled for April 8.

As reported earlier, Natalya Poklonskaya, the de facto Crimean prosecutor, recently promised to continue reprisals against Ukrainian nationals who took part in Euromaidan in Kyiv.  Poklonskaya was speaking to former Ukrainian Berkut special force officers who later actively helped Russia seize control of Crimea.  As reward for ignoring their oath to serve Ukraine and collaboration with an occupying nation, the former Berkut officers have been designated the role of ‘injured party’ in extraordinary prosecutions over which Russian-occupied Crimea has no jurisdiction.

The official website reported on Jan 20, 2016 that Kolomiyets is accused of being “a member of an extremist organization – the Ukrainian Insurgent Army [UPA]” and of making an attempt on the lives of the two Crimean Berkut officers by hurling Molotov cocktails at them.

The same legal absurdity and impossibility of providing any credible proof was seen in the trial of Kostenko, yet all appeals have resulted only in the sentence being reduced to 3.5 years.   The renowned Russian Memorial Human Rights Centre has recognized Kostenko as a political prisoner, and will undoubtedly find this case against Kolomiyets equally flawed.