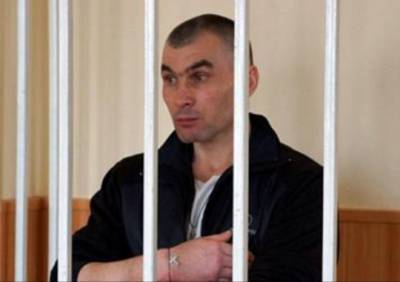 The farcical elements in Russia’s second attempt to try Ukrainian Serhiy Lytvynov would make for a good comedy clip.  In real life humour is impossible since the 33-year old from a Luhansk oblast village has been held illegally in Russian detention for almost two years. and doubtless still bears the scars of the original torture applied.

Ukrainian journalist Oleksandr Mikhelson rightly notes that this trial is typical of all the prosecutions of Ukrainians that have accompanied Russia’s military and propaganda offensive against Ukraine.  There was massive coverage by the Russian propaganda media of the extraordinary charges initially brought, and silence as they were proven groundless. The cases of Nadiya Savchenko and Oleg Sentsov attracted enough attention for the world to see the monstrous miscarriages of justice and keep following.  Most of the other prisoners are next to forgotten, and all those involved in Russia’s repressive machine seem sure they can act with impunity.

It must have been galling for the Investigative Committee to be forced to withdraw its surreal war crimes charges against Lytvynov.  The fact that Lytvynov had never left his village and could not be a member of the Ukrainian Dnipro Battalion would certainly have been ignored.  However Viktor Parshutkin, Lytvynov’s lawyer managed to demonstrate that Lytvynov could not have committed crimes that never happened, and neither the people named, nor their supposed addresses actually existed.

Russia has shown no interest in investigating why Lytvynov should have ‘confessed’ to heinous crimes he didn’t commit.  Nor, unfortunately, after abducting Lytvynov after he had the misfortune to seek treatment for a tooth inflammation and holding him in custody for almost a year, did they show any wish to release him.

If the first charges were based solely on the cynical assumption that torture-induced confessions would prevail over hard facts, the one they came up with next was just plain sloppy.

Lytvynov was charged with armed robbery in Ukraine of Alexander Lysenko, a  Russian national.  Lysenko reported the alleged robbery a year after it allegedly took place, and just coincidentally, after the Investigative Committee was forced to withdraw the war crimes charges.  To ensure themselves against further hiccups, like alibis, the alleged crime was said to have taken place ‘somewhere between’ June 29 and July 2, 2014.

The prosecution claims that Lytvynov, together with an unidentified Ukrainian soldier, and armed with a machine gun, burst into a house, beat up Lysenko and stole two cars.

According to the original version, Lysenko was supposed to have entered Ukraine via a part of the border still under Ukrainian control.  Ukrainian border guards have no record of him crossing into Ukraine.  Lysenko had claimed that only Russian guards had checked his papers and that the Ukrainian ones knew him and waved him through.  He had also claimed that there was no such thing in Ukraine as a technical passport for cars.  That can be interpreted as that Lysenko could not prove that he owned the allegedly stolen cars.

Not surprisingly, Lysenko had wanted the court to examine this case in his absence.  He was, however, forced to attend.  During the questioning, Lysenko claimed to be a volunteer engaged in accompanying ‘humanitarian loads’ sent from Russia to the so-called ‘Donetsk and Luhansk people’s republics’.

This in itself means that Lysenko did not cross the border where he claimed, but through the part under Kremlin-backed militant control.  He is supposed to have been injured when a convoy came under shelling at the end of 2014.  Once again, this is inconceivable.  Although Russia’s unidentified ‘humanitarian’ loads are illegal, they have never been fired on, and it is guaranteed that Russia would have made a huge amount of noise about any such attack.

Lysenko claimed that during this armed attack, an UAZ-452 and old Opel Frontera were stolen, and he was badly beaten.

Asked why he’d been beaten, Lysenko said he didn’t know, but then that they’d called him a separatist.  He added that Lytvynov had not taken part in the beating.  He probably preferred to minimize that part of the charge since he had not only failed to report the attack to the police, but had shown his alleged injuries to a doctor.

He was unable to explain where he had the two cars from.  At that point, the court was read the responses from the Ukrainian Prosecutor General’s Office, the Traffic Police and border guard service.  According to these, the Opel Frontera had belonged to somebody else until 1997 when it was taken off the register.  Its registration number, however, was held by a Zhiguli which the police are searching for.  The UAZ may have been stolen, but not from Lysenko, since it’s registered under a different name altogether.

Parshutkin told a Kommersant journalist that at the end of the questioning, the judge said it was unlikely that he would see Lysenko again and asked him what punishment he though Lytvynov deserved.  He said that he shouldn’t get a harsh sentence.  “If it hadn’t been for the war, he wouldn’t have done it”.

This one pronouncement was half true which for Lysenko was an achievement.  If it hadn’t been for the war, Lytvynov would not have been savagely tortured and would not now be facing this mockery of a trial.

The next hearing is due on April 14, where the prosecution’s witness will by Andriy Sahuru, described as from the ‘Luhansk people’s republic’s security service’.  He, it is claimed, can confirm seeing Lysenko beaten.