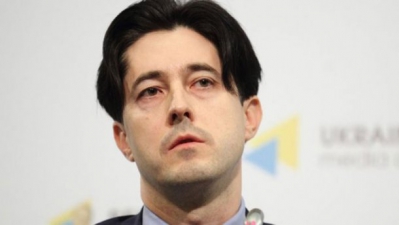 In what has been aptly described as “the latest disgrace from the Prosecutor General’s leadership”, an attempt was made late on Sunday evening to read out criminal charges against Vitaly Kasko, a prominent critic of corruption and sabotage of reform within the prosecutor service.

Kasko resigned from his post as Deputy Prosecutor General on Feb 15.  He stated then that he did not wish to be part of a body where “total lawlessness is tolerated”.   He added then that he saw no possibility under the current PGO leadership of creating a prosecutor’s office in line with European standards and willing to investigate corruption.  Kasko had long been in conflict with Prosecutor General Viktor Shokin, and had publicly criticized the sabotage of a major program for ensuring new blood in the prosecutor’s service.

A criminal investigation had been initiated against Kasko over a flat in Kyiv three days before his resignation.  On March 28, the eve of Shokin’s dismissal of the other reform-minded Deputy Prosecutor General David Sakvarelidze as a parting gesture before Shokin’s own removal, the flat in Kyiv was frozen.  Kasko then stated that he had only learned of this from the media and he accused Shokin of carrying out a reprisal attack on him. 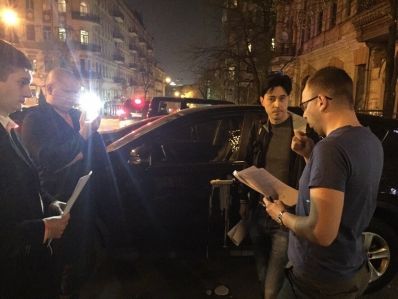 The timing of the next part of the proceedings, not to mention the place, was even more disturbing.  Ukrainska Pravda journalists were told by Kasko’s lawyer Yevhen Hrushkovets that at around 22.00 on Sunday evening outside the Ivan Franko Theatre in Kyiv  “unidentified individuals” had put some substance onto Kasko’s car so that the doors wouldn’t open.  Only after this bizarre behaviour, did they identify themselves as from the Prosecutor General’s Office and try to officially inform Kasko that he was suspected of committing “a particularly grave crime”.

Vladislav Kutsenko, a PGO prosecutor who was also active in justifying measures against Sakvarelidze and his people, as well as the extraordinary search warrants against an anti-corruption NGO,  told Ukrainska Pravda that they had not been able to find Kasko for several days.  This is categorically denied by both Kasko and his lawyer.

Kasko informed the men that he wished his lawyer to be present and that as a registered defence lawyer, only the Prosecutor General or one of his deputies may inform him of charges.  The individuals ignored this until Hrushkovets arrived, at which point they said that they would be summonsing Kasko as a suspect on Monday.

Kasko believes that he must have been followed since he had not told anybody where he would be that evening.  The police were called to ascertain whether damage had been caused to his car.

Serhiy Leshchenko, investigative journalist and MP, writes that he was one of the first people to arrive, and notes that one of the people lying in wait for Kasko was Dmytro Sus, PGO investigator.  Leshchenko recently wrote an extremely hard-hitting article about what he suggested was a Prosecutor General’s Office serving the President. In it, he wrote that Sus “can be considered a particularly trusted implementer who is today handed cases against those who have become a thorn in the side for Shokin and Poroshenko”.

This included the criminal proceedings brought against Sakvarelidze’s people who were investigating the so-called ‘diamond prosecutors’.  These are two high-ranking prosecutors - Volodymyr Shapakin and Shokin’s personal friend Oleksandr Korniyets who are suspected of major corruption, but whose case has been consistently obstructed.

Kasko is now accused of receiving the right to a former Prosecutor General’s Office flat through deceit and abuse of trust (Article 190 § 4 and 358 § 4 of the Criminal Code).

The watchdog Nashi Hroshi [Our Money] earlier looked into the property relations here.  Kasko has not yet made any comment about the formal charges, but did, as mentioned, react angrily to the measures taken to freeze the flat.  He then rejected all charges and pointed out that he had undergone a lustration check in 2015 which included a check on whether property had been lawfully obtained.

Over the last couple of months, the two Deputy Prosecutor Generals seen as actively fighting corruption and seeking reform have either resigned in frustration or been dismissed.  According to Leshchenko, the department involved in the Kasko investigation is overseen by Yuriy Stolyarchuk, a Deputy Prosecutor General seen as close to Shokin, and, Leshchenko says, absolutely loyal to the President.  Yegor Firsov, one of the two MPs recently stripped of their mandate in a highly controversial manner had left the Poroshenko bloc over frustration at corruption, including from Yehor Kononenko, whom Leshchenko also links to the department involved in the proceedings against Kasko..

None of this may have any relevance and there may be genuine grounds for suspecting Kasko of a crime.  Given his reputation and track record in openly fighting corruption, questions will be asked, and it is hoped that convincing answers will be provided.