From Concealment to Half-Truth about the Chornobyl Disaster 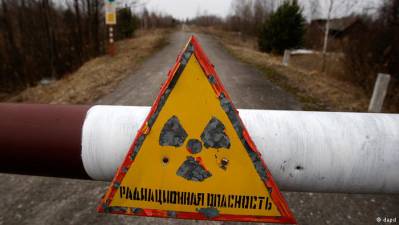 It is 30 years since the fourth reactor at the Chornobyl Nuclear Power Plant exploded during the early hours of April 26, 1986.  The media are so full of images and stories about the disaster, the clean-up and aftermath, that it is hard to imagine the terrible silence and dearth of information at the time.  In those final years of the Soviet regime, virtually nothing was reported. No advice was provided to the population on fundamental safety, nor measures to ensure that children received vital iodine which could have prevented the high incidence of thyroid cancer.  That this was deliberate policy seems clear, with the Soviet authorities having coming down hard on people who tried to inform people. 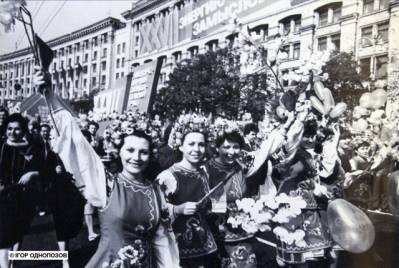 Four days after the accident, communist officials who had evacuated their own families to Moscow sent children out onto the streets in nearby Kyiv for the First of May parade.

Charlies Digges from the Bellona Foundation recalls that over the next 10 days, “the nuclear fuel continued to burn, issuing clouds of poisonous radiation and contaminating as much as three quarters of the European continent, hitting northern Ukraine, Russia and Belarus, especially hard. Farmers in the area still till radioactive soil.”

More than 600 thousand ‘liquidators’ were brought in – some police officers or fire fighters, others just conscripts.  They had virtually no protective gear, nor, again, were they given any information.

It was decades before the authorities, at least in Ukraine, finally declassified all the documents from that time.  Ukraine’s SBU has put together an exhibition from that period with information about the likely causes of the disaster, its course and the accounts of the young men who took part in the clearn-up operation.  One of the young men recounted that they had been told that it was dangerous, and that there was radiation everywhere, but they had no means of measuring this.  They were finally given some kinds of pills, but it later transpired that these needed to be taken every day and they’d been given one for the entire period.

Natalya Kovalchuk writes that it’s clear from the KGB documents now available that the local military offices often concealed where the men were being sent, and the strict rules about not sending men with 3 or more children, young men with health issues, etc. were simply ignored.

Historian Olha Makhno believes that over the first half-year after the disaster, there was a deliberate policy of secrecy.  Mikhail Gorbachev had long announced ‘perestroika’ and supposed openness of information, yet the general population did not receive this information.

You can follow the information provided initially, she says.  The central Soviet ‘Pravda’ has a tiny report saying only that there’d been a fire, that it had all been localized and was under control.  That was then posted in Ukrainian in ‘Soviet Ukraine’.

She says that the SBU archives provide grounds for seeing the concealment as deliberate.  There is a report about how a brochure was found, saying that something was happening in Chornobyl, and a note to the head of the Ukrainian Politburo that they’d found the author of this brochure.

The disaster demonstrated the moral bankruptcy of the Soviet regime, and it is no accident that in Ukraine environmental groups were at the forefront of opposition to the regime and affirmation of people’s rights.

The regime in Ukraine changed.  Whether the official information presented by the International Atomic Energy Agency and World Health Organization is truthful is, however, in question.  Certainly many Ukrainians, including doctors working with people in the area, and international environmental organizations, like the Bellona Foundation, have drawn issue with the very low mortality rates these bodies predict.

Bellona spoke with doctors in eastern Ukraine and in Belarus (which was also very badly affected) who reported much higher cancer rates, mutations and blood diseases among their patients linked to the world’s largest nuclear disaster at Chernobyl 24 years.  The Bellona report from 2010 said that, if their findings were proven to be true, “they could stand over two decades’ worth of research by the United Nations and affiliated organisations on its head, and cast a shadow over their research techniques”.  The IAEA and WHO found that only 56 people had died in the initial accident and that about 4 thousand would die as a result.

The IAEA stands by its estimates, but then it does have a strong vested interest in convincing the world’s population that nuclear energy is safe.

In 2009, Natalya Preobrazhenska, the head of a charity helping children affected by the disaster and an expert for the Verkhovna Rada National Commission on Radiation Safety spoke of a significant increase in cancers and said that she did not believe the full truth about the impact of the disaster had yet surfaced.

She was asked by the BBC Ukrainian Service for her response to the IAEA’s suggestion that the greatest harm had been in the psychological consequences.  “The International Atomic Energy Agency should concern itself with the safety of nuclear power stations and not propagandize nuclear energy. My attitude on the biased nature of that report was published in America. There was no study at the time of the liquidators’ health. Ten days of irradiation of the environment covered the entire planet with its black wing”.

The whole nature of the Soviet regime made it possible back in the 1980s to conceal information.  Later the fact that there was massive resettlement, and that the clean-up workers were widely dispersed, made accurate statistics impossible.  So too, it seems likely, did the lack of political will at international level.