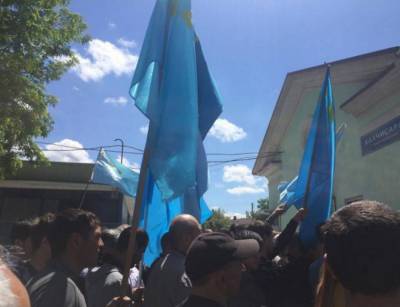 The attempt to stop people gathering in Bakhchysarai on May 18 failed, however the FSB were reported to be openly videoing those present

The first good news from any court since Russia invaded and annexed Crimea caught everybody unawares. On June 7, the Sudak City Court found nothing illegal about the actions of four Crimean Tatars detained on May 18 over a peaceful act of remembrance for the victims of the 1944 Deportation, and terminated all proceedings.

The four young men had been accused of infringing the established procedure for organizing or holding meetings, demonstration, etc. This falls under Article 20.2 of the Code of Administrative Offences and carries a fine of up to 20 thousand roubles or compulsory work for up to 40 hours. 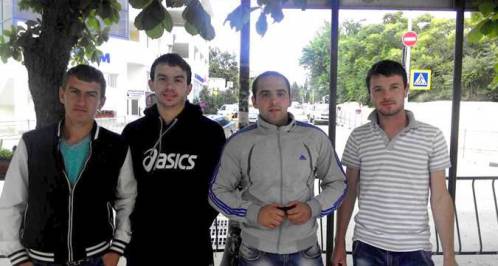 The four young men were detained while trying to drive from Simferopol to Bakhchysarai, a symbolic act of remembrance which was traditional until Russia’s annexation of Crimea.

Similar detentions in 2015 resulted in courts imposing administrative penalties, so the Sudak court’s recognition that the men had committed no offence was welcome and unexpected.

Stalin’s Deportation of the entire Crimean Tatar people has been recognized by Ukraine as an act of genocide.  This year was the third anniversary under Russian occupation, with the occupation regime each time effectively banning all remembrance activities except the official flower-laying by the Russian-installed leaders in Crimea.

This year regional mejlis, or Crimean Tatar self-governing bodies were refused permission to hold the traditional gatherings.  As reported earlier this was fully expected, and not only because Russia had dropped any pretence and banned the Crimean Tatar Mejlis.