Crimean Tatar Arrested for Refusal to be FSB Informer? 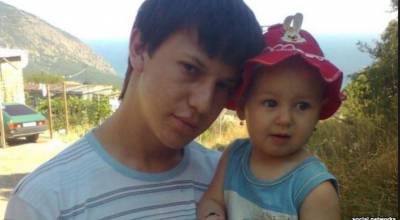 Arsen Dzhepparov, one of the two youngest Crimean Tatars facing invented ‘terrorism’ charges in Russian-occupied Crimea may well have been arrested as revenge for his refusal to secretly collaborate with the local FSB.  Nothing at all was found when the FSB turned up and searched his home on April 18, yet he was taken away and has been in custody ever since.

The 25-year-old who is married with a young daughter was arrested together with Refat Alimov, a friend from childhood.  Their arrests broke the quota-like pattern of the ongoing arrests under Russian occupation of Crimean Muslims. On each other occasion, there have been armed searches with four men taken away.  It has been suggested that the two young men were arrested in the belief that they would be more easily ‘persuaded’ to give false testimony.  They have not done so, and they, like 12 other Crimean Muslims, almost all Crimean Tatars, are now facing very long sentences.  Once arrested, the men are simply not released, with the detention hearings, like that on June 17, always allowing the application for the detention to be extended. 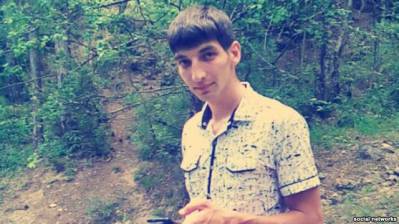 The charges are based solely on alleged, though entirely unproven, involvement in the Hizb ut-Tahrir pan-Islamist movement which is legal in Ukraine and almost all other countries.  The organization has never committed any crime, yet Russia’s Supreme Court declared it ‘terrorist’ in 2003.  It provided no evidence to back this, and simply kept the ruling a secret until after it could have been appealed.

There is no evidence that the detained men are members of Hizb ut-Tahrir, nor has even one of them committed any act which could remotely be deemed ‘terrorist’.

In most cases the men arrested are well-known and respected in their communities, actively help others, while working hard to bring up their children.  Emir-Huseyn Kuku is a lawyer and member of the Crimean Contact Group on Human Rights and there are serious grounds for believing that he is being persecuted for his rights activities.

It should be stressed that all men convicted on the grounds of alleged involvement in Hizb ut-Tahrir are recognized by the renowned Memorial Human Rights Centre to be political prisoners (more details here).

They are all in grave danger of monstrously long sentences, with ‘secret witnesses’ used when all else fails.  The so-called ‘witness’ in the trial now underway of Ruslan Zeitullayev, Nuri Primov, Ferat Saifullayev and Rustem Vaitov spoke with an Arab accent and was obviously answering questions to somebody else’s prompts.  Even then, he mixed up answers and ‘couldn’t remember’ in which village he had allegedly met the men, etc.  He claimed, however, to remember the conversations to the last word.

In Dzhepparov’s case, his sister Susanna had reported from the outset that her brother has been pestered by the FSB for many weeks and that they had attempted to ‘recruit’ him.  Dzhepparov was supposed to provide denunciations against others, and he refused.

That may not be easily provable, but the prosecutor must provide proof to back the charges against Dzhepparov, Alimov and the other 12 men.  They have thus far provided none.

The search on April 18 followed the same format as on other occasions.  Dzhepparov’s mother Arzy Umerova recalls that she and her son were getting ready for work, when there was an incredible din outside. She went out and found masked men trying to break the lock on the gate and burst in.  She told them to wait, she’d unlock the gate, but they didn’t listen.

They turned everything upside down in the house and found literally nothing.  There were prayers on the wall, and a Koran, she says.

The Krasnokamenka township where Dzhepparov, Alimov and one other person arrested earlier – Enver Bekirov – are from is quite small.  Rustam Mamandaliev, for example, is the trainer at the town’s sport section and worked with both Dzhepparov and Alimov.  He has only positive things to say about both young men, who were into sport, but for whom their families were their main priority.

Four of the 14 men are now on trial in Rostov on the Don (Russia).  The other ten, including Dzhepparov and Alimov, are held in appalling conditions in the Simferopol SIZO or remand prison, where there is serious overcrowding, and they have to take turns lying down.

One of the lawyers has called these cases a “conveyor belt of repression”, with each extension of the men’s detention fully expected.  The hearings are however important for a poignant reason.  Almost all of the men are married, with children.  Their wives bring them to the court building, hoping that their husbands will, at least for a fleeting moment, be able to see their families as they’re taken into the courtroom.