Ukraine’s MPs block last chance of justice for tortured Ukrainian prisonersJudicial Review demanded for Life Prisoners Tortured into ‘Confessing’ to AnythingOpinion on the political motives of criminal persecution and violation of human rights in the case of Sergiy PashinskyViktor Lozinsky, the ex-MP convicted of murder, wins in local elections in UkraineJudicial reform dilemma for Zelensky“Exceptional lawlessness requires extraordinary methods”. Ukraine’s leaders urged to free Volodymyr PanasenkoLife sentence for a crime somebody else admitted toLife prisoners freed in court in important first for UkraineUkraine found in violation of the prohibition of torture over treatment of life prisoners10 Ukrainians imprisoned for murders committed by serial killerA brief description of KHPG strategic litigations in January–June 2018Why are Ukrainian legislators willing to see innocent men serve life sentences?In Ukraine a life sentence is for life even when you’re innocentA brief description of KHPG strategic litigations in January–December 2017Lutsenko is helping block justice for innocent life prisonersUkraine ordered to pay massive damages over police killing and cover up25% of the new Supreme Court judges received negative assessmentsDefender of dictatorship laws set for judge post in Ukraine’s Supreme Court ‘reform’Dodgy life sentence proves no impediment for Ukraine Supreme Court judge vacancySupreme Court Candidate Exposed for Sentencing Innocent Man to Life Imprisonment
• Topics / Against torture and ill-treatment
• Topics / The right to a fair trial 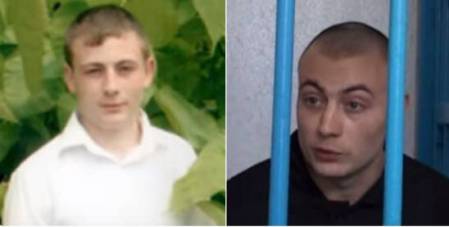 A young man is serving a life sentence, another 12 years for a crime that almost certainly neither had anything to do with. The police and prosecutor needed to find somebody to be able to say they’d ‘solved’ the crime, and the younger proved ‘malleable’

In May 2009 an elderly couple were brutally murdered in the town of Taromske, on the outskirts of Dnipro [until recently Dnipropetrovsk].  They had been burgled though the pensioners probably had very little to steal.

The police started looking around for ‘suspects’ and their attention fell on 14-year-old Oleksandr Kozlov.  The reason, if it can be called that, was that Oleksandr and his mother had helped the elderly couple with work in their garden the morning before they were killed.    The 14-year-old was not of athletic build and could not have committed a brutal murder of two people by himself.  This made the police seek an ‘accomplice’.

The underage Kozlov was interrogated alone, without a lawyer although the fact that the crime was one that can carry a life sentence meant that the presence of a lawyer was mandatory.   Kozlov was forced under torture to ‘confess’ to the killing, and claim that he had carried it out together with 21-year-old Maxim Orlov.

Aside from this ‘confession’ there was nothing to incriminate either of the two.

No fingerprints were found in the pensioners’ home, no traces of blood on the two young men’s clothes, although the nature of the crime made it near impossible that traces would not have been left.

The police claimed that Orlov and Kozlov had killed the pensioners and stolen a bottle of champagne, 60 UAH (a very small amount) and an old mobile phone.

A mandatory part of procedure in such cases is for the events to be reconstructed at the place of the crime.  There was around 3 hours of video footage which proved in court to be ‘damaged’ and unwatchable.

The reason was almost certainly that neither of the two young men were able to demonstrate the details of a crime they had not committed.

In court both Orlov and Kozlov said that they were innocent and that their ‘confessions’ had been extracted through physical force against them.  The judge responded by telling the prosecutor to carry out a check.  The latter consisted of asking the police officers who denied beating the young men.

This was all deemed enough to sentence a 21-year-old to life imprisonment, and a 14-year-old to 12 years.

In 2010 the Supreme Court considered a cassation appeal (after the sentence has come into force) and found enough discrepancies to revoke the original verdicts.

The Supreme Court had, for example, found it of importance that there was even a witness whose testimony effectively exonerated the two young men.  The person had seen a car outside the elderly couple’s home around the time that they were murdered.  This witness saw a guy jump over the gate, get into the car and drive off.

The original court, however, found no new circumstances warranting a reassessment and left the sentences intact.

The chilling aspects to this case are legion.  They include the fact that the murders of elderly people living alone continued, with finding the real perpetrator presumably seen as less important than good statistics.

There is every likelihood that Maxim Orlov will win his case in the European Court of Human Rights, but that can take many years.

Draft Bill No. 2033a which is still awaiting consideration by Ukraine’s parliamentarians would give Orlov and Kozlov a chance to have their sentences properly reviewed.   It takes very little to understand the urgent need for such a review, and not much more to adopt a bill that would give them at long last a chance of justice.