Pavel Sheremet: “You can’t be ready to be killed” 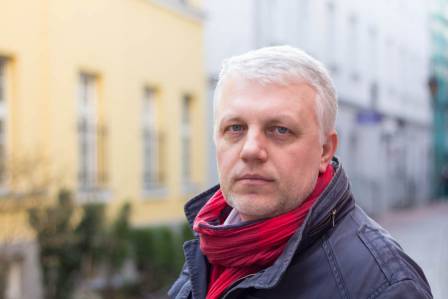 The above words, spoken about Pavel Sheremet’s friend Boris Nemtsov on the first anniversary of his murder are bitterly poignant, as is so much else on a dark day, when the well-known and respected 44-year-old Belarusian journalist and former prisoner of conscience has himself been murdered.  He died in Kyiv almost exactly two years after leaving Russian ORT in protest at the virulent warmongering propaganda against Ukraine.

A bomb had been placed in the car that Sheremet was driving.  Since the car belonged to Olena Prytula, his partner and founding editor of Ukrainska Pravda, the police have not excluded the possibility that she was the target, and she is now under police protection.  Khatia Dekanoidze, head of Ukraine’s National Police, has called it a matter of honour to find the killers, and President Petro Poroshenko has promised to enlist help from the FBI and European specialists.  For the moment Ukraine’s Prosecutor General Yury Lutsenko has said that the main versions being considered are professional activities or the intention to destabilize the situation in Kyiv, with clear suggestion bandied about by Ukrainian officials of a Russian lead.

Sheremet’s colleagues are unanimous in seeing the killing as connected with professional activities and are feeling very vulnerable themselves.  Vitaly Sych, Chief Editor of Novoye Vremya, mentioned having checked his car before letting his children get in and says that he had not expected to return to the worrying times of Maidan.  He is unconvinced by any Russian trail, and does not mention Belarus at all, clearly seeing Ukrainska Pravda as the target with there being ‘influential people’ in Ukraine whom the publication was attacking.  “This is an attempt to reinstate self-censorship and give a warning to all those who dare investigate flagrant plundering and gigantic financial machinations, all that prevents Ukraine from breaking free of the feudal system, “ he asserts, though without specifying whom he had in mind.  Others disagree.  Over recent years, many opponents of the regime in Russia, Belarus and some other post-Soviet countries have sought refuge from persecution in Ukraine.  This could be a chilling warning to all of them that they should not imagine that they are safe in Ukraine. The list of Kremlin critics killed even further afield is long, and Sheremet had been vocal also in his condemnation of Russia’s military intervention in Ukraine.

Whoever was behind this crime, it does seem likely that one of the aims was to terrorize others and certainly, many of those who knew Sheremet well speak of both “pain and terror’.  Lawyer and Ukrainska Pravda blogger Yevhenia Zakrevska stresses that the fear must not be allowed to take over and linger. If we can overcome it, she says, then it is Pavel who will have won, not his killers.  “It is fatally dangerous to be afraid”.

She is right in that, although it is hard to speak of victory right now. 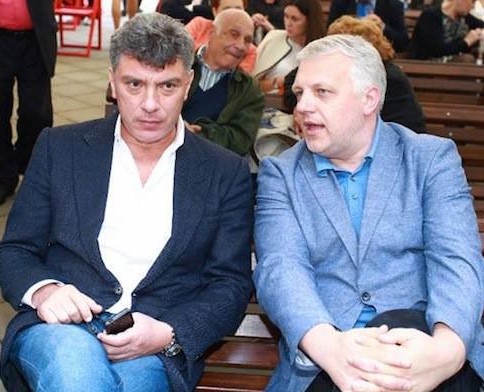 The words spoken in the title were from an interview for TV2 Tomsk, one of the few remaining independent media in Russia. Sheremet spoke of his friendship with Boris Nemtsov, his assessment of the ‘investigation’ into his killing and generally pessimistic forebodings.

Boris Nemtsov was, like Sheremet, a person committed to democracy and freedom who condemned Russia’s aggression against Ukraine and its annexation of Crimea. He was gunned down on Feb 27, 2015, close to the Kremlin in Moscow, two days before a large opposition rally which he was co-organizing.

On the first anniversary of his killing, Sheremet spoke of the lack of any progress in finding those who commissioned the killing.  He had never expected them to be found, and indeed doubted that there had been any attempt to look. “I have no doubt that this was the work of the security services or those who wanted to please Putin” [Russian President Vladimir Putin].

He saw the killing as a huge tragedy for Russian society, aimed at frightening people into silence.  In that sense, he noted, it had not fully succeeded.  The determined protection of the people’s memorial to Nemtsov, in opposition to the Russian authorities, showed, he believed a core of Russian society that remained healthy.

For Sheremet personally, Nemtsov’s death had been a terrible blow and had cut one of the threads linking him with Moscow, leaving an emptiness that couldn’t be filled.

Nemtsov was a very brave man, who was aware of the dangers, though only how we are all worried that a brick could fall on our head.  “He was prepared for prison, but of course not that he would be killed. That’s impossible to be prepared for”.

Sheremet believed that Russia was repeating the path taken by Germany in the 1930s, with it being dragged into times of dark bigotry and horror. There was virtually no way out, he warned, until the horror and blood had been poured out to the end.  The analogy with Germany, he added, was clear.  “When a civilized country, the great country of Wagner and Goethe suddenly turned into bigots and fascists.  We are now observing the same thing in terms of the level of aggression, the level of hatred, of militarization.  This is, you know, banal: if there’s a rifle hanging on the wall, it must definitely be fired.  If everybody is getting ready for war and pouring out litres of this hatred, then they will need to release it.  The murder of Boris Nemtsov was a manifestation of an all-engulfing hatred that is now gripping Russia.”

Although Pavel Sheremet was speaking specifically of Russia, in July 2016 it is hard not to feel that his warnings of hatred and bigotry much wider relevance.  It is no accident that he is remembered together with Boris Nemtsov. His murder has also left a terrible sense of emptiness.