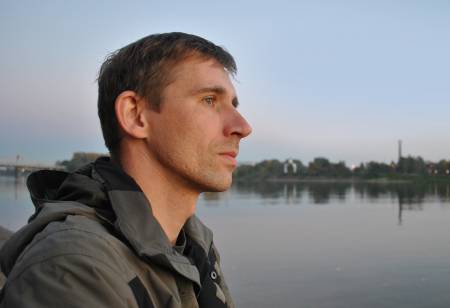 Andrei Bubeev, a Russian father of two is to spend the next two years and three months in a minimum security prison colony for reposting an article entitled “Crimea is Ukraine” and a cartoon toothpaste tube with the caption “Squeeze Russia out of yourself” on a social network page.

No more was needed for the original Tver City Court ruling on May 5, 2016.  No arguments, including the fact that he is the sole breadwinner for a family with two small children had any effect on the Tver Regional Court which has rejected his appeal against the sentence.  Although none of this was a surprise since Bubeev had been placed on Russia’s ‘List of Extremists and Terrorists’ even before the original sentence, it is profoundly disturbing.  Russia is openly applying anti-extremism legislation against critics of the current regime and especially those who condemn its aggression against Ukraine.

The 41-year-old mechanical engineer from Tver had been charged over two pieces of material by others which he merely reposted on his VKontakte social network page.

Bubeev was prosecuted for reposting an article criticizing Russia’s annexation of Crimea.  In his article ‘Crimea is Ukraine’ , Boris Stomakhin, who is himself now serving a politically motivated prison sentence, called Russia’s invasion and annexation of Crimea the final straw, the border dividing this world from that, good from evil.  He says that the return of Crimea to Ukraine should serve as a unifying idea for all Russians holding anti-imperial views, and that Russians should paint the word “Russian occupiers out of Crimea!” on every wall in every Russian city”.   He asserts, however, that Crimea can only be returned to Ukraine if the Russian Federation is dissolved, and does believe that the latter’s collapse is inevitable.

Two Russian courts have now agreed with the Russian prosecutor that this constituted a ‘public call to action aimed at violating the territorial integrity of the Russian Federation’ (Article 280.1 § 2). 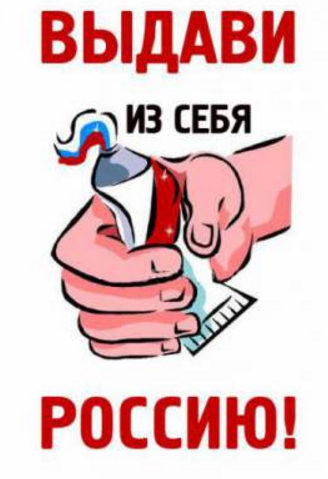 They have also accepted that Bubeev was guilty of a ‘public call to extremist activity’ (Article 280) through his repost of a cartoon by Anton Myrzin, otherwise known as Paperdaemon Chaognostic called “Squeeze Russia out of yourself”.  The phrase hearkens back to a letter from Anton Chekhov to a friend in which he spoke of needing “to squeeze the slave out of us, drop by drop”.  Here it is Russia that needs to be squeezed out – as though from a toothpaste tube.

This cartoon was accompanied by a text from ‘Український Наступ’ [Ukrainian Offensive], a social network page.  The text criticized the Russian opposition for being indecisive and said that the only appropriate slogan should be “Russia should not exist”.

The Memorial Human Rights Centre, which has declared Bubeev a political prisoner, points out that neither text contained any plan for military operations, direct calls to violence or specific proposals on destroying the Russian State. This had been confirmed by the expert who stated that the ‘incitement’ had been expressed in an oblique way.

This is Bubeyev’s second prosecution, with the first, initiated at the beginning of 2015, also over material about Russian aggression in Ukraine.   He had then been jailed in a minimum security prison for supposed incitement to hatred and enmity (Article 282 § 1) and for possession of cartridges for his hunting knife (Article 222 § 1).   Most tellingly, he was convicted of having denigrated the dignity of Russian military servicemen, with Memorial noting that the court had seen no reason to differentiate between so-called ‘fighters for Novorossiya’ and Russian soldiers.

The new Article 280.1 of Russia’s criminal code punishing for so-called ‘public calls to action aimed at violating Russian territorial integrity’ came into force in May 2014 and has, as feared, been used primarily against those Ukrainians in Crimea and Russian who insist, as do all democratic countries and the UN General Assembly, that Crimea is Ukrainian.

35-year-old Vadim Tyumentsev from Tomsk (in Siberia) was sentenced in December 2015 to 5 years for calls to peaceful protest and critical comments on the Internet regarding Russian military aggression in Ukraine and pro-Russian separatists.

Such prosecutions have now begun in Russian-occupied Crimea with both Crimean Tatar leader Ilmi Umerov and journalist Mykola Semena facing 5-year sentences for insisting that Crimea must be returned to Ukraine (see Russia jails for insisting Crimea is Ukraine, not for calls to terrorism in Europe