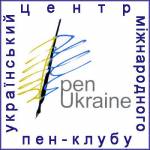 The Ukrainian Center of the International PEN expresses the gravest concern over the critical health condition of Ilmi Umerov, a Crimean Tatar activist, arrested in May by the Russian occupation authorities in the Crimea and facing a five-year prison term on the trumped-up charges of “extremism”. Despite his dramatically deteriorating health, he was not only denied proper medical treatment, but was also forcibly placed into a mental hospital – in the most abominable traditions of Soviet punitive psychiatry.

His persecution is of one many atrocious acts of the Kremlin regime in the occupied Ukrainian territory where any dissent is crushed by the most brutal and unscrupulous methods. Crimean Tatars as the only indigenous people of the peninsula are the primary target of the Russian occupants since they, unlike other persecuted minorities, have no other place to leave for, nor have they any desire to abandon their native land once again, after being deported by Stalin in 1944 and fighting desperately for nearly half a century for their right to return back home.

Since the tragic spring of 2014, Tatar activists are being terrorized by regular police searches, detentions, fake accusations, and in some cases even by extralegal abductions, beatings and killings. Their businesses are being destroyed, schools forcefully Russified, media shut down, leaders exiled or imprisoned. The de-Tatarization of the peninsula, which was completed by Stalin in 1944, is being replicated today by more subtle and perfidious methods. The goal, however, remains the same – to purge the occupied land of all the disobedient elements, of whom the Tatars represent the most numerous and best organized group, with the highest attachment to and the strongest legitimacy over the territory.

The Ilmi Umerov’s case is a litmus test for both international governments and civil society: either they sanction and ostracize the rogue xenophobic regime for its policy in the Crimea, or the Kremlin will get carte-blanche for the further destruction of the small Crimean Tatar nation.

On behalf of the Ukrainian PEN Center, we call our colleagues in the PEN International and national PEN Centers to raise their voices for the freedom of Ilmi Umerov and other political prisoners in the Crimea, and for sanctioning all the representatives of the Russian regime involved in the coordinated political persecution of Crimean Tatars.