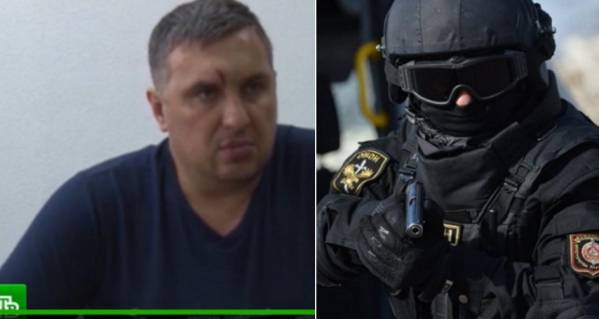 More details have emerged of torture methods used to obtain videoed ‘confessions’ from Ukrainians Russia is holding incommunicado and accusing of ‘sabotage’ in Russian-occupied Crimea. The information cannot be confirmed, since Russia is illegally depriving the men of lawyers, however it coincides with all other accounts from victims of torture since Russia invaded and annexed Crimea in early 2014.

There was no mention of these prisoners in the much-publicized report issued by Amnesty International and Human Rights Watch recently.  Efforts to find out about the secret prison in which Russia’s FSB are holding the Ukrainians would have been as ineffectual as their attempts to speak to the Kremlin-backed militants controlling part of Donbas.  They would, however, have helped to highlight the men’s plight, and that is very serious.

In the information vacuum thus created, the only certainty is that three Ukrainians are being held prisoner with Russia claiming that they were involved in some kind of ‘acts of sabotage’ in Russian-occupied Crimea.

There is no evidence or satellite footage to back Russia’s allegations about supposed ‘attacks’, only videoed ‘confessions’ from each of the three men.   None of the men has been seen publicly since.  Two of them – Yevhen Panov and Andriy Zakhtei – are being prevented from seeing proper lawyers, while nothing at all has been heard from the third – Ridvan Suleimanov.  According to his family, he had been seized three weeks before the alleged ‘attacks’.

There may also be other men imprisoned, as was initially claimed.  At a press conference with Panov’s brother Ihor Kotelyanets on Sept 9, Olha Skripnik from the Crimean Human Rights Group made a plea for anyone with further information to come forward.  The rights activists have had plenty of experience now of the FSB tactics which are to hold people totally incommunicado, for weeks or longer, until ‘confessions’ are extracted.

She pointed out also that at present there is no clarity even as to the charges the men are facing.

Ihor Kotelyanets explained that the lawyer the family has appointed is trying every day to contact Panov, but without success.  The scrap of paper with a typed and unsigned statement produced as ‘proof’ that Panov had rejected his services is legally meaningless.  Kotelyanets was given the name of a ‘lawyer’ allegedly representing his brother.  He tried to phone the woman who fobbed him off, saying that she was in a mistake and has since not answered his calls.  Even if appointed by the investigators, she is legally obliged to consult with the family.  The fact that she is refusing to have any contact only confirms the fear that her role is essentially to sign pieces of paper, and she is in fact working for the prosecution.  The same applies to Andriy Zakhtei.

An undisclosed source close to the law enforcement bodies in occupied Crimea has informed that Panov was systematically tortured for three days before the FSB’s public announcement and the televised broadcast of his interrogation during which he looked beaten.  According to the source, Panov was handcuffed and held bound, while being given electric shocks, and had a plastic bag put over his head to prevent him from breathing.

None of this is new.  The same methods have been described in detail by Ukrainian filmmaker Oleg Sentsov and Gennady Afanasyev.  Together with two other opponents of Russia’s annexation – civic activist Oleksandr Kolchenko and Oleksy Chirniy – they were seized in May 2014, held incommunicado and taken against their will to Moscow weeks before the FSB went through the same procedure of announcing grandiose accusations and showing Afanasyev and Chirniy ‘confessing’.

Similar tactics were used against Maidan activists Oleksandr Kostenko and Andriy Kolomiyets, both of whom have been sentenced to long periods of imprisonment over unprovable ‘offences’ which happened in Kyiv long before Russia annexed Crimea.  Kostenko even suffered a broken arm during the treatment meted out to him.  This has never been treated, and he risks losing any use of it at all.

It is likely that the number of victims of such methods in Russian-occupied Crimea is greater.  Certainly almost all the Ukrainians held by Russia on politically-motivated charges are believed to have been treated in the same fashion.  The only two exceptions were Nadiya Savchenko and Yury Soloshenko whose advanced age (72 when seized) and ill-health made this impossible.  He was, however, prevented from receiving proper legal defence from human rights lawyer Ivan Pavlov, with the state-appointed ‘lawyer’ serving only to trick him into ‘confessing’.

Very few people will withstand torture for days or weeks, and the FSB and Investigative Committee have in the other cases produced ‘confessions’.  In the worst cases, where ‘spying’ is alleged, they have virtually complete freedom since the entire cases and ‘trial’ are effectively held behind closed doors.  The harrowing details of the torture Valentin Vyhivsky was subjected to have only now become known.

It is absolutely vital that the prisoners have access to lawyers, at least during the trial.  The confessions tortured out of Stanislav Klykh and Mykola Karpyuk during the very many months that the men were held totally incommunicado were retracted as soon as the men received defence lawyers.  As in the case of Sentsov and Kolchenko, they were unable to prevent the men’s conviction, but they did ensure that the politically motivated nature of the so-called trials could not be denied.  The same applies to the case of Luhansk cowherd Serhiy Lytvynov.

It is known that at least one of the FSB officers involved in Panov’s ‘case’ – Mykhailo Holyshev – is a former SBU officer wanted by Ukraine on treason charges.  Holyshev also took part in the arrest of one of 14 Crimean Muslims arrested so far on trumped-up charges, and his involvement here suggests that Russia is preparing for yet another cynical show trial.