Ukraine’s most malicious miscarriages of justiceProtests throughout Ukraine following 7-year sentence against civic activist Serhiy SternenkoSo what will “New SBU” be?What is wrong with the bill on SBU?2020: There was no worse year in the realm of human rights after the Revolution of DignityNational monitoring of unlawful violence in police in Ukraine in 2020. SummaryOpinion on the political motives of criminal persecution and violation of human rights in the case of Sergiy PashinskyViktor Lozinsky, the ex-MP convicted of murder, wins in local elections in UkraineПраво на охорону здоров’я у в’язницях протягом пандемії COVID-19Kyrgyzstan: Human Rights Defender Azimjon Askarov Dies in PrisonDangerous arson attack on prominent Ukrainian anti-corruption activistFar-right French politicians enter Crimea illegally to rubberstamp fake Putin and occupation forever voteUkrainians’ tolerance towards unlawful violence is increasing – human rights protectorsZelensky’s proposed ‘reform’ of the Security Service fails badly on both reform and human rightsWhat judicial reform in Ukraine? Notorious Poltava judge gets lavish golden handshake instead of dismissalUkrainian whistle-blower MP faces criminal probe after reporting high-level corruptionBeaten and jailed Maidan activist Mykola Pasichnyk dies, with justice denied to the endUkrainian authorities copy Russia and carry out raid outside Kyiv MosqueUkrainian blogger to be deported from occupied Crimea after criticizing Putin and Russian annexationUkrainian journalist in Russian-occupied Crimea fined for negative Facebook post about Putin
• Topics / Law enforcement agencies 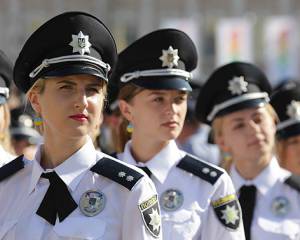 The police reform process began in March 2014.  Since then there have been the following results:

A police development strategy was created and discussed in different circles, with the participation of the public, national and international experts.  This strategy was adopted on Oct 22, 2014.

A national platform entitled ‘Reforming the Police: Transparency and Accountability’ was created to draw up an Action Plan on the basis of the Strategy, and carry out its various components.  9 working groups, each of which was made up of police officers, civic and foreign experts, drew up and carried out various parts of the Action Plan.  The national platform’s work was supported by the International Renaissance Foundation and the EU Consultative Mission.

In parallel a pilot scheme was launched to improve police work in the Lviv oblast, with the results of this giving answers to questions regarding the police reform in general.

As part of the pilot scheme a new police department structure was tried out in Lviv.  This envisages an increase in the patrol service to 70% of staffing. Lviv also saw the introduction of the first phase of a database system, whereby either the telephone [102] operator of the duty officer inputs into a Single Register reports from members of the public.  The event is categorized and located on an electronic map, with details about the place and time, as well as of the nearest patrol having been sent. This has thus created a constantly updated electronic map of crime-linked events in the Lviv oblast.

A new system was also drawn up and introduced in Lviv for assessing the work of police bodies on the basis of the public attitude.  Two sociological studies were carried out to test this system with assessments of police work received and compared from residents of Lviv and the Lviv oblast (1600 respondents in all).  There was also an anonymous questionnaire of police staff from the Lviv oblast, with 300 respondents.  A comparison of the results of the two surveys, one in September 2014, the other in July 2015 made it possible to assess the changes in the attitude of the public to the police in each part of Lviv and Lviv oblast. Overall, the level of trust had more than doubled, increasing from 19% in 2014 to 41% in 2015.  An analogous survey was carried out in February in Kharkiv and the Kharkiv oblast.

The police patrol service and traffic police were merged into a single patrol as part of an experiment in Khmelnytsky in Dec 2014 – Feb 2015.  This made it possible to identify the requirements in number of cars in proportion to the population, in petrol, number of officers and to work out the pattern for patrols, etc. These results were used to bring in a new patrol police in regional (oblast) centres and other large cities, as well as swift reaction units in rural areas and small towns.  At present, the new patrol police are working in 35 cities and are made up mainly of officers who were not formerly in the police force.

The swift response units are, in contrast, formed from those with previous experience in the police force.

Further development of the Sambir model has been hampered by the lack of additional funding for patrol cars and petrol. Under this model the police have become more efficient.  In rural areas swift response units for the first time ever arrive swiftly when called.  There has been a significant change in the functions of the duty police officers who work in close contact with swift response units.

A new progressive law on the National Police came into force on Nov 7, 2015, replacing the old law on the Police. Despite a few failings, this law enables the further development of the police.

One feature of the reforms has been the development of crime mapping, making it possible to visually present reports on crimes received by the police and to look for missing children. Working together with the Magnolia NGO, Ukraine has joined the Missing Children Europe hotline on 116000.

A major achievement has been seen in the creation of a Human Rights Department within the National Police.  A special spot check unit has been created [КОРД].

The next stages in reform will involve deepening the changes to the National Police; restructuring the work of the crime bloc; bringing detectives who combine the functions of operations officers and investigators; changes to the system for police education and medicine. Amendments urgently need to be passed to legislation on criminal misdemeanours and a simplified procedure for their investigation and consideration in court.  This would significantly reduce the load on investigators since such misdemeanours are current 50% of all offences.  Other amendments to legislation are also needed to enable further police reform.  The next step in development of territorial departments of the National Police should be to introduce a ‘bush model’ where the entire oblast is divided into several such units, with a central police department responsible for investigating serious and particularly serious crimes, while all others would be dealt with in the other police stations of the given structure.

Developing police computerization is important, with this needing to ensure that all Interior Ministry structures – the National Police, the State Migration Service, the Emergency Services and State Border Guard Service – follow the same requirements. A second version needs to be drawn up of the development strategy for the Interior Ministry and Police which should encompass all the above-mentioned Services, as well as a second version of the Action Plan. This requires strategic planning for the development of each Service separately. However, the creation of such a strategy needs to be preceded by an analysis of serious rights violations in the work of the State Migration Service and State Border Guard Service, as well as a change to the existing paradigm in the work of these departments. For example, together with the SBU they see it as normal to deport and extradite asylum seekers to Russia, thus flagrantly violating the international standard embodied in the principle of non-refoulement, not to mention the treacherous help giving to an aggressor state in persecuting its opponents*

One of the main problems Is insufficient funding for further reforms. The lack of financing may render all reform efforts meaningless. There is an urgent need to even out the pay of patrol police and the police who have gone through attestation. It is abnormal when patrol officers who have worked for 6 months or a year should be earning double as much as investigators or operations officers with 10-15 years’ experience.

We hope to receive technical support from the USA, Canada, Japan and EU countries. The EU Consultative Mission has, for example, launched a project for transforming 20 National Police stations (8 each in the Lviv and Kharkiv oblasts, 4 in the Kyiv oblast) according to European standards on community policing. Technical support has always been of enormous importance and we are extremely grateful for this help, however increase in salaries can only be paid for by the Ukrainian taxpayer.