Ex-Tax Academy head’s controversial acquittal on corruption charges revokedTop officials still get away with corruption – thanks to Ukrainian courtsRigged and Secretive Fight against Corruption?Government accused of rigging anti-corruption selection commissionHead of Traffic Police Dismissed after Scandalous Lifestyle ExposedIt’s Tax Time In Ukraine, And Financial Discrepancies Suggest Corruption EnduresBehind the declarations: how public officials lived – and live nowParliamentarians’ secrecy regarding income given judicial OKVerkhovna Rada and Constitutional Court least willing to divulge public informationCourt rejects Verkhovna Rada claim that staffing details are not for the publicOPORA takes secretive Verkhovna Rada Office to courtCHESNO: Office of the Verkhovna Rada flagrantly violating Public Information ActUkrainska Pravda takes parliament to court over concealed informationResidences of Azarov, Lytvyn and Yushchenko to cost the taxpayer 50 million UAHCourt has no problem with parliament not handing over MP’s declarationsVerkhovna Rada Office refuses to hand over Deputies’ declarationsPublic Information Law like a Bolt from the Blue for the AuthoritiesCVU: Ukrainian authorities not ready to be openFirst legal proceedings over alleged infringement of Public Information LawStop Censorship will force Deputies to make their income declarations public
• Topics / The right to a fair trial 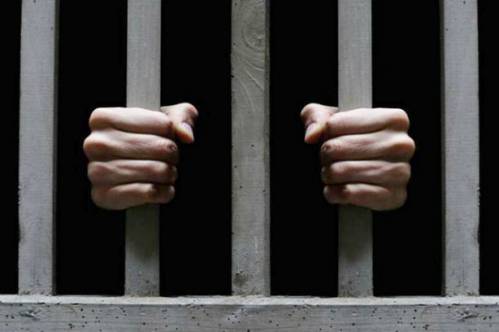 It seemed like an indictment of Viktor Yanukovych’s presidency when in 2012 the number of acquittals in Ukraine came perilously close to zero (0.17% of all verdicts).  The statistics for 2015 have improved, but at 0.94% the progress is hardly staggering.

Human rights lawyer Arkady Bushchenko once noted that even in 1937, the worst year of Stalin’s Terror,  the courts found the defendant innocent in10% of all cases.  If the accuracy of those statistics would be hard to verify, it is undoubtedly true that most western democracies have an acquittal rate which is 20-30% higher.

High quality of Ukraine’s police, investigators and prosecutor need not be suspected.

Yury Belousov, Head of the Expert Centre for Human Rights, recently pointed to one major factor.  Ukrainian prosecutors can expect to be penalized if a case they send to the court ends with the person’s acquittal.  The Disciplinary Charter adopted in 1992 positively states that an acquittal is one of the grounds for initiating disciplinary proceedings. For an acquittal, the prosecutor will, as a minimum, receive a reprimand, with this meaning that s/he will not over the next 6 months get the supplementary payments which form 30-40% of their salary.

In practical terms, this means that prosecutors will never send cases to court where there is a chance that the person could be acquitted.  This could mean that criminals who managed to put together a good story go unpunished, with the prosecutor preferring to terminate the prosecution, than risk acquittal.

If it is impossible to terminate, then the prosecutor is likely to do everything to ensure that the person is convicted, which could mean, for example, quietly removing evidence in the suspect’s favour.

This situation, Belousov concludes, encourages a situation where those who are in fact guilty get off, while others who are innocent are punished, with all of this happening at the pre-trial investigation stage.

This idiotic norm needs to be removed as soon as possible.

That will not, however, be enough.  The near-zero statistics from 2012 were the worst for many years, but the number of acquittals had always been pitifully small.  Judges also tend to view acquittals as something quite extraordinary that could cause them problems.  Easier to convict the person and then no questions will be asked, especially since the prosecutor will certainly appeal against the acquittal. In over half the cases, the acquittal is overturned by a higher court.

Once again flawed tools for measuring achievement play a fatal role.   While police have always been assessed on the number of ‘solved’ crimes, the quality of a judge’s work is measured by how many sentences s/he passed, against how many were overturned at appeal stage.   Knowing the trouble an acquittal could cause,   some judges prefer to convict, but try to make the sentence more lenient.  By handing down a sentence which is less than the minimum punishment, the defendant and his lawyer, on the one hand, and the prosecutor, on the other, are less likely to try to challenge the ruling.

This sadly may prove the best option for the defendant.  If the judge does acquit the person, the ruling is still very likely to be overturned, with the case sent back for a new court examination. If that happens, the new sentence could easily be more harsh.

It is perhaps telling that Ukraine’s very first trial under the semi-jury system introduced in the 2012 Criminal Procedure Code was acquitted in October 2013 after spending just over a year in custody charged with armed robbery and murder.  The two judges and three jurors found that the main part of the evidence against the 21-year-old Oleksandr B. had been obtained “through flagrant violations of current legislation”.  These included a confession which had probably been tortured out of him and two pieces of evidence which appeared to have been falsified.

As well as some highly suspect acquittals which raised questions about the judge’s motives (and often revoked after public outrage), there have been a few positive developments.  On July 30, 2014, for example, a Mykolaiv court acquitted a person charged with supplying cannabis after a thorough examination of the highly flawed evidence.  The judge directly cited the European Convention on Human Rights and European Court of Human Rights case law in pointing to police irregularities and the lack of any legitimately obtained proof.  Such cases, however, are isolated.

Under Yanukovych it required courage for judges to send even the most obviously flawed cases back for re-examination. The statistics show that neither a much more progressive Criminal Procedure Code nor an apparent willingness for reform after Maidan have had little real impact on the situation.