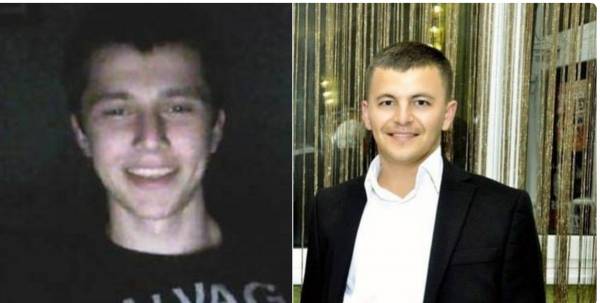 It is exactly two years since Islyam Dzhepparov and his cousin Dzhavdet Islyamov were seized by masked men wearing black uniforms, forced into their van and driven away.  They have not been seen since the evening of Sept 27, 2014.  Nor has Crimean Tatar activist Ervin Ibragimov, abducted on May 24 this year.  The de facto authorities in Russian-occupied Crimea have made little or no effort to find the missing men and / or their abductors, despite witnesses’ testimony or video footage.  Recent attempts to claim, against all evidence, that they and others who have disappeared went to fight in Syria or Donbas only strengthen the sense that the de facto authorities know very well what happened to the men.

In Kyiv on Tuesday civic activists held a vigil outside the Russian embassy with placards remembering each of the considerable number of people, including some civic activists, who had disappeared since Russia’s invasion and annexation of Crimea.  They hung ribbons to the embassy gates, demanding to know where each of the missing men are.

The abduction two years ago was not the first disappearance but it was especially brazen.  It came soon after a major offensive was launched against the Crimean Tatar Mejlis, or representative assembly which has now culminated in its ban.

Islyam Dzhepparov was just 19 when he was seized, his cousin – 23.  Islyam’s father Abdureshit Dzhepparov is a well-known Crimean Tatar civic activist who soon afterwards formed the Crimean Contact Group on Human Rights

Another human rights activist who was prompted by the disappearances to become active in monitoring rights abuses is Emir-Huseyn Kuku.  It is very likely that an attack on him in April 2015 was in fact an attempted abduction that went wrong because Kuku’s shouts were heard and people came to his assistance.  The assailants were suddenly replaced by masked men who took Kuku away.  When some of the people who had seen what was happening followed the van, the masked individuals consulted with somebody and announced that a search was needed of his home.  It was only then that the FSB officially took over.  Kuku was later arrested on fabricated charges and is now held in custody.

The latest abduction, of Ervin Ibragimov, a member of the Executive Committee of the World Congress of Crimean Tatars, was carried out at night near the young man’s home in Bakhchysarai.  He too had spoken of being followed before the attack and men in police uniform had stopped outside his home. Suspicions were only exacerbated when the FSB initially refused to accept the report from Ibragimov’s family and only initiated an ‘investigation’ after hundreds of Crimean Tatars ignored the likely risks under Russian occupation of reprisals and FSB surveillance and gathered outside the police headquarters demanding action in finding Ibragimov.

There has been no action to speak of, and during a visit by French pro-Russian politicians, the de facto prosecutor Natalya Poklonskaya even claimed that Ibragimov had been seen since.  It was a cruel lie, which the French collaborators saw no problem in parroting.

There is CCTV recordings fixing the exact time of the abduction by men who appear to be wearing some kind of uniform on May 24.  The video footage shows a number of cars driving past, as well as a young couple on foot who might possibly remember something.  It seems that at one point, Ibragimov, clearly understanding the danger,  tried to flee, but was seized.

It should be stressed that all civic activists have been under constant surveillance since Russia’s annexation and Ervin Ibragimov was due to be going to a court hearing together with Mejlis Deputy Head Ilmi Umerov.  For a person under surveillance and his abductors to vanish without any trace, the FSB needs to be assiduously looking the other way – or be even more actively implicated.