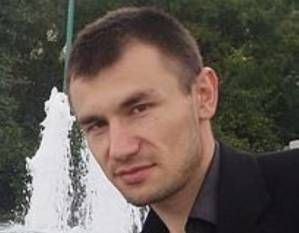 Contact Group on Human Rights in Yalta and a member of the Crimean Human Rights Group. The Crimean Contact Group on Human Rights monitors violations of human rights, provides legal assistance to the population, and reports cases of politically-motivated enforced disappearance in Crimea. Prior to his detention in February 2016, Kuku was actively involved in the monitoring and documentation of human rights violations in the Yalta region. He has provided legal assistance and support to members of Muslim ethnic groups such as Crimean Tatars, who are continuously faced with discrimination and political persecution. Emir Usein Kuku was defending their right to religion, assisting in the search for displaced people, and supporting the families of political prisoners.

The Crimean Prosecution Office, de facto appointed by the Russian Federation, has stated that Emir Usein Kuku, while in custody, is neglecting his parental responsibility, and therefore is in violation of Article 156 of the Criminal Code of the Russian Federation (poor exercise of parental responsibility). Upon initiating the pre-investigation, the Crimean Juvenile Office has mandated Emir Usein Kuku’s family to allow their children to be questioned about their father’s failure to take proper care of them. Following the family’s refusal to do so, a juvenile officer, Mametova Anna Vladimirovna, on several occasions and without parental consent attempted to meet with the children while they were in school. As it stands, the officer has started to draft character references of the children and other family members. Emir Usein Kuku’s children are currently staying at home and afraid to attend school classes.

On 2 March 2016, Bagirov Nasim Vedadievich, who introduced himself as an official of the Federal Security Service of the Russian Federation (FSB), met Emir Usein Kuku’s children at school and told them that their father committed a crime, for which he is going to remain in custody for a significant period of time.

The resort to such conduct towards Emir Usein Kuku’s children by state officials could be perceived as a violation of the Universal Declaration of Human Rights and the Convention on the Rights of the Child. These conventions prohibit any interference with children’s privacy, family, home, or correspondence, or any unlawful attacks on their honour and reputation. On 16 June 2016, Emir Usein Kuku’s lawyer filed a petition before the Military Investigation Department of the Black Sea Fleet Investigation Committee to account for the abusive acts of the FSB representative.

After a house-check on 11 February 2016, Emir Usein Kuku was arrested on charges of terrorism and alleged involvement in the Muslim political organisation, Hizb ut-Tahrir, which is designated as a terrorist group in Russia, Kazakhstan, and Germany, but is able to work legally in Ukraine and other states. On 12 February 2016, under the decision of the Kiev District Court of Simferopol, Emir Usein Kuku was placed under detention for the duration of the ongoing investigation. On 5 September 2016, the Court withdrew Emir Usein Kuku’s appeal, retained the charges against him, and extended his detention until 8 December 2016, while additional investigative measures are carried out.

Front Line Defenders expresses its grave concern at the detention and charges brought against Emir Usein Kuku, which it believes to be an attempt to intimidate the human rights defender and prevent him from continuing his legitimate work in defence of human rights in Crimea.

Front Line Defenders calls on the authorities in Crimea and the Russian Federation to:

1. Drop the incriminating charges against human rights defender Mr. Emir Usein Kuku, hasten his release, and ensure the physical and psychological integrity and security of Emir Usein Kuku and his family;

3. Carry out an immediate, thorough and impartial investigation into the harassment of Mr. Emir Usein Kuku’s family and the accusations made against Mr. Emir Usein Kuku, and publish the results in order to bring those responsible to justice in accordance with international standards;

4. Take measures to ensure that government officials in Crimea refrain from making statements or declarations stigmatising the legitimate work of human rights defenders;

5. Guarantee in all circumstances that all human rights defenders in Crimea and the Russian Federation are able to carry out their legitimate human rights activities without fear of reprisals and free of all restrictions.