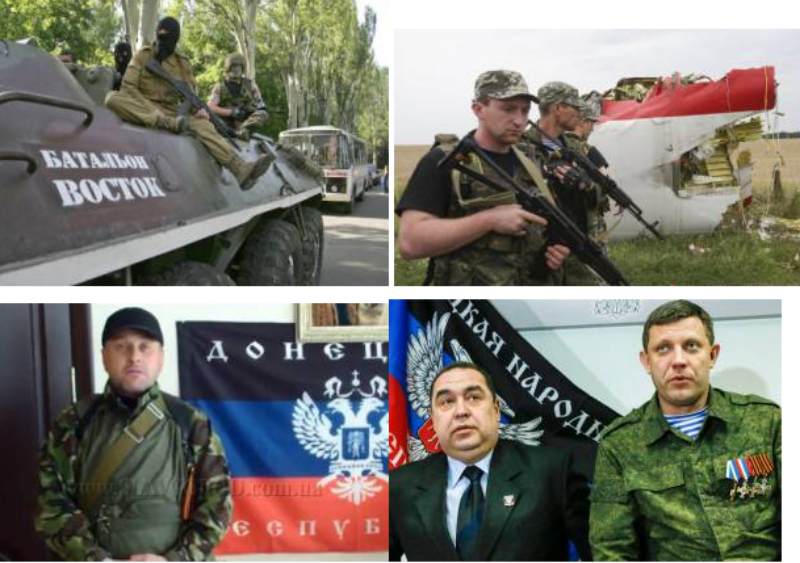 It seems denial is now passé, with everybody – Russia, the militants themselves, and Europe – fairly openly acknowledging the direct control that Russia wields over the militants in Donbas, and their so-called ‘Donetsk and Luhansk people’s republics’.  The Parliamentary Assembly of the Council of Europe [PACE] resolutions just adopted were startlingly honest.  Any less would have seemed strange after Russian President Vladimir Putin effectively admitted to military involvement in Donbas, and militant leaders spoke openly of Russian funding, however the honesty from a European structure is still new.  How much any of this can change the situation is less clear.

Details about Putin’s admissions can be found here.  While he went into no detail about engagement in Eastern Europe, Putin coupled it with Crimea.  There the move from “it’s not us, they’re not our soldiers” to “we were left no choice, we had to defend Russians” was made much earlier.  Now, it seems, he’s dropping the pretence on Donbas.

So too and evermore openly are the militants themselves. Alexander Khodakovsky waged a battle for power with current militant leader Alexander Zakharchenko for a long time.  He lost, and that seems to have loosened his tongue.  In an interview to Reuters in early October, he openly admitted that Russia is paying pensions and public sector salaries in the so-called ‘republics’.  Those revelations were scarcely news after documents made public by the German publication indicated control of most areas, including financial, from Moscow.

Mealy-mouthed PACE resolutions would have seemed extremely inappropriate coming so soon after publication in the Netherlands of the Joint Investigation Team’s conclusions about the downing over militant-controlled Donbas of MH17 on July 17, 2014.  The investigators found that the highly sophisticated BUK missile system which downed the airliner killing 298 passengers had been brought into the militant-controlled territory shortly before the plane was shot down, and then smuggled back to Russia shortly afterward.

The PACE plenary session has produced two resolutions on the situation in Ukraine.  On Oct 12, it adopted Resolution No. 2132 ‘Political Consequences of the Russian aggression in Ukraine’, based on a report from Kristýna Zelienková for the Committee on Political Affairs and Democracy.

This is less open in its wording about the conflict in Donbas.  It talks about “Russia’s support to separatists in eastern Ukraine and its growing role in the ongoing conflict”, though does call for a removal of, among others, Russian soldiers.

In fact, one has only to look at the events in the first half of April 2014 to understand that Russia’s role was much more pivotal and direct from the outset than is encapsulated in the words “support to separatists”.

One cheering moment from this resolution is the PACE delegates’ condemnation of “the illegal Duma elections held on 18 September in occupied Crimea”, the results of which must be considered null and void.

The second Resolution 2133 is entitled Legal remedies for human rights violations on the Ukrainian territories outside the control of the Ukrainian authorities  and is based on a report from the Committee on Legal Affairs and Human Rights, rapporteur:  Marieluise Beck).

This is, seemingly, the first time that PACE or any European structure has described the conflict in Ukraine so honestly.

The Parliamentary Assembly “reaffirms its position that the annexation of Crimea by the Russian Federation and the military intervention by Russian forces in eastern Ukraine violate international law and the principles upheld by the Council of Europe …”.

“The “DPR” and “LPR”, established, supported and effectively controlled by the Russian Federation, do not enjoy any legitimacy under Ukrainian or international law. This applies to all their “institutions”, including the “courts” established by the de facto authorities.

Under international law, the Russian Federation, which exercises de facto control over these territories, is responsible for the protection of their population. Russia must therefore guarantee the human rights of all inhabitants of Crimea and of the “DPR” and “LPR”.

“… effective control is based on the well-documented crucial role of Russian military personnel in taking over and maintaining control of these regions, against the determined resistance of the legitimate Ukrainian authorities and on the complete dependence of the “DPR” and “LPR” on Russia in logistical, financial and administrative terms.”

The human rights violations in both Crimea and the conflict zone in Donbas include “extrajudicial killings, enforced disappearances, torture and inhuman and degrading treatment, unlawful detentions and disproportionate restrictions of the freedom of expression and information.”   The victims have no internal legal remedies, with the ‘courts’ in militant-controlled areas lacking “legitimacy, independence and professionalism”, and in Crimea lacking independence.

There are strong words about Crimea as well, about persecution of Crimean Tatars and other Ukrainians, but these are not new.

The Ukrainian government does come in for some (warranted) criticism, including over the regrettable deferment of Ukraine’s ratification of the Rome Statute (and joining of the International Criminal Court) for three years.  The report does, however, note that “the Ukrainian authorities have begun prosecuting alleged perpetrators of war crimes and other human rights violations on the side of pro-government forces” and speaks of “constructive co-operation of Ukraine with relevant international monitoring mechanisms, such as the European Committee on Prevention of Torture and the United Nations Subcommittee on Prevention of Torture”.

One of the highly contentious items in the Minsk Agreement is the issue of amnesty for participants in the armed conflict.  PACE stresses here that “under international law, such clauses cannot justify impunity for the perpetrators of serious human rights violations”.  It also believes that the elections foreseen in the Minsk Agreements are impossible at present given the “climate of insecurity, intimidation and impunity and a lack of freedom of expression and information”.

Ukrainians have often felt that the government was being forced to accept imitation ‘elections’ in Donbas, in order to allow the West to say that the Minsk demands had been fulfilled (and possibly remove sanctions).  It was cheering, therefore, that Germany’s Foreign Minister Franz-Walter Steinmeier himself addressed the delegates, acknowledging that the conditions are simply not there for elections.

After all the overly-cautious statements since the conflict began, the resolution is breathtakingly honest.  What that means in practical terms is, unfortunately, not clear.  The recommendations at the end are all correct, but they have been made before.  Russia has ignored all previous commitments, and Putin’s own openness gives no grounds for thinking that this is about to change.

The full resolutions can be found by pressing the hyperlinks above.  Please check, however, for the final versions which do not appear to have been posted yet.